Jon Jones Vs. Alexander Gustafsson Will Meet In A rematch For Light Heavyweight Title At UFC 232

A rematch between former light heavyweight champion Jon ‘Bones’ Jones’ and Alexander Gustafsson is set for UFC 232 on December 29 from inside the T-Mobile Arena in Las Vegas, according to Ariel Helwani at ESPN.com. The fight is slated to be for the light heavyweight title, that implies that Daniel Cormier will be stripped of his 205-title as soon both fighters throw a punch inside the Octagon.

Jones and Gustafsson’s first fight was arguably the best showdown in MMA. Both met at UFC 165 back in 2013, in a bloody back and forth battle Jones scores a razor-thin unanimous decision win, many fans thought Gustafsson done enough to get the nod.

Jones, who last fought in July of 2017, when he knock-out Daniel Cormier via head kick at UFC 214. Unfortunately, the fight results overturned to no contest when it was revealed that Bones’ tested positive for steroids. Later Cormier was reinstated as a champion.

‘Bones’ who recently received a 15-months of reduced suspension after an arbitrator concluded Jones didn’t knowingly take the tainted supplements that mean he’s eligible to return to competition by late October. The former champion has never lost in his MMA career – with the exception of a 2009 disqualification against Matt Hamill.

Gustafsson has only lost two fights since his showdown with Jones and both were against top 205-pound fighters – Daniel Cormier and Anthony “Rumble” Johnson. ‘The Mauler’ is currently riding on a two-fight win streak, and with his most recent win came against Glover Teixeira via fifth-round knockout back in 2017.

Share your thoughts who’ll come out on top in a highly anticipated rematch? 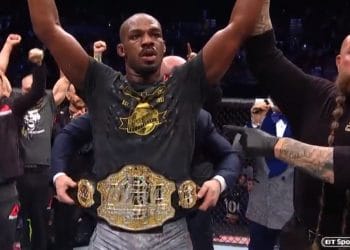 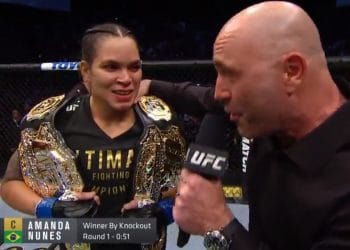 2021 NOBULL CrossFit Games: How To Watch Online, Schedule, And More