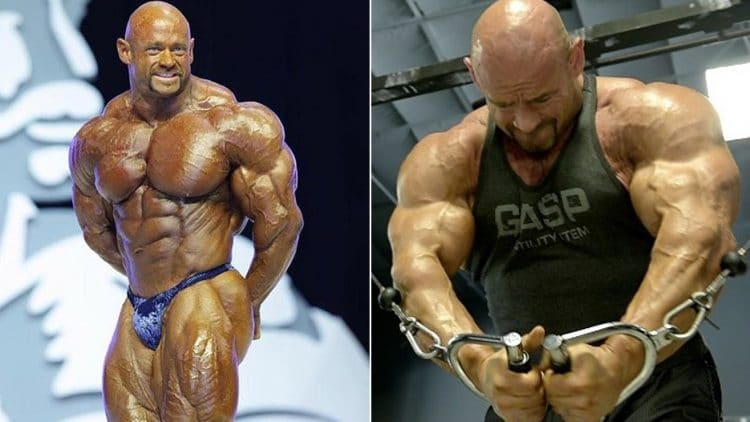 Branch Warren is a hardcore bodybuilder who has been officially retired from competitive competition for some time now, but that doesn’t mean he stopped training.

Warren who likes to push himself to the limit and train like an absolute beast, one thing to remember training to extremes can lead to severe repercussions even serious injury that can sideline you an extended period.

Warren who undergone a rotator cuff and bicep tear surgery last month recently took to Instagram, in which he was highlighting his surgery saying such issues shouldn’t stop you from achieving your goals.

I had shoulder and bicep surgery a few weeks ago, and just like all my other injuries I’m in the gym everyday doing what I can. I say this to remind you that we all face obstacles, don’t get discouraged, find a way to overcome!!!!! HAPPY MONDAY FRIENDS. –

I’LL BE BACK!!! Sometimes we are forced to rest, and in all my past cases I came back better and stronger than before, and this times no different. I’m hitting the gym every damn day doing what I can, making no excuses. Life is tough, REAL TOUGH but I’ll be damned if I let this stop me from accomplishing my goals. You have to keep pushing no matter what. Do you remember that guy who gave up????? Neither do I!!!!!!! –

Although two weeks post shoulder and bicep surgery, Warren is already back in the gym and taking his training as seriously as he used to train for shows.

Training has become a lifestyle to Branch Warren, who says no matter what hurdles comes across your way don’t make excuses but find a way to overcome those.

Open bodybuilder Branch Warren maintains a jacked physique years after his last contest. In a recent video, the bodybuilding veteran...

Bodybuilding veteran Branch Warren is still attacking training sessions with the same vigor he showed throughout his tenure as an...