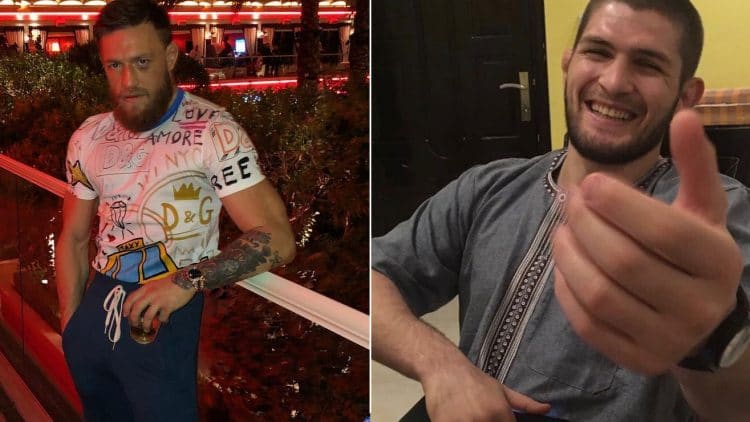 Since his UFC 223 bus rampage, Conor McGregor has gone through legal troubles, in the built up of his grudge match, he mocked his opponent Khabib Nurmagomedov’s religion, country, and father, and on October 6th brutally beat by ‘Eagle.’ Somehow, it’s likely to argue that Irishman has walked away as a winner.

Those MMA and Irish fans who’re still crying over Mcgregor’s loss cheers up as you won the battle at UFC 229. Well, that’s according to Mcgregor who took to Instagram to issue a message says, the war goes on.

“We lost the match but won the battle,” McGregor wrote on Instagram. “The war goes on.”

Though the message from Mcgregor was cryptic, not sure which battle he’s referring to, maybe it’s financial battle. McGregor banked disclosed $3 million for the pay-per-view headliner bout, while Khabib the defending champion’s pay was $2 million but according to Dana White, ‘Eagle’s paycheck is withheld by Nevada State Athletic Commission (NSAC) due to his post-fight jumping over the Octagon fence that sparked a melee. Before Khabib goes on war again with Notorious, Russian has to clear his business with NSAC first.

Or maybe, as the post-fight brawl gain much of the headlines, McGregor points to a moral win. Irishman who face most of the backlash due to his infamous bus attack, now it’s Khabib who’s under fire as he instigates the post-fight chaos.

No official word is out yet as what will happen to Khabib Nurmagomedov or if UFC will force him to forfeit the title. Since Mcgregor already wants a rematch and ready to redeem himself, though their title fight will create fireworks if it happens.

On Monday morning Khabib posted on Instagram, in which he mocked Conor Mcgregor:

Brotherly, even now you are slowing down, otherwise
I’m uncomfortable for you myself ? I told you, on October 6 I’ll say everything, or did you really want to beat me there?))) I
apologize to everyone I hurt with our common victory ✊️ And my sincere Fans – you are just a space ? thank you for your incredible support, I love you, yours truly – Habib Nurmagomedov.

Share your thoughts below, does Mcgregor deserve a rematch? What should be the Khabib’s punishment, should he be stripped of the title?