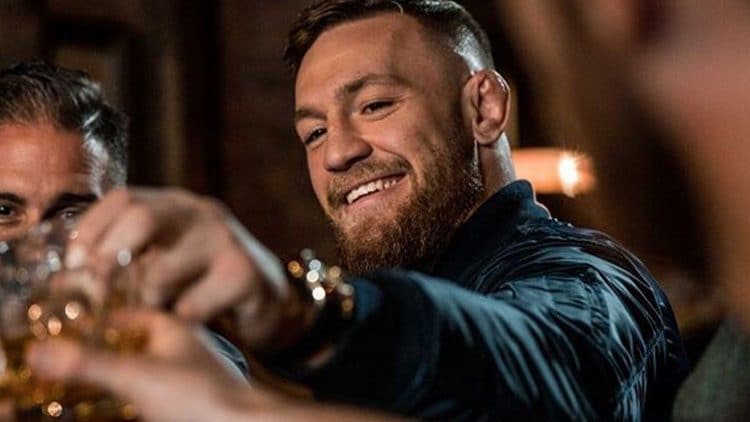 Undefeated Khabib Nurmagomedov submitted Conor McGregor in the fourth round of their UFC 229 lightweight showdown in Las Vegas this past Saturday. But “Eagle’s’ ruined his careers biggest win seconds later, vaulting out of the cage fence to attack McGregor’s teammate and Jiu Hitsu coach Dillon Danis that ensued riots inside and outside the Octagon.

Brash Irishman has returned to his business activities, just days after losing the biggest fight at UFC 229.

Mcgregor who jetted out of Vegas to promote Proper No. 12, his new Irish whiskey. Irishman is such biggest star in the sport who got such a big fan following on social media and worldwide. When he announced, he has become a proud honor of proper no. 12, sure thing many fans ran and bought it.

But many afterward might regret it, and many love it.

Irishman posted a photo of himself, and his Whiskey thanked his fans for all their support.

“The sales record and the buy record. Thank you to you, the fans. @properwhiskey @ufc.”

Before McGregor’s showdown with Khabib, many stores in Ireland limit two bottles buy for customers at a time due to popular demand.

How can you tell if Whiskey got a good taste or not, only some connoisseurs can tell the difference, so this one good review from Pastemag on Proper No. 12, says it’s ‘basic,’ and it’s not necessarily negative.

A review from Bloomberg wasn’t that sweet.

A review from Business Insider wasn’t that fair either.

“It smelled like ethanol and tasted only marginally better,” our fintech guru Oscar Williams-Grut said. “A small initial sip was deceptively okay, but subsequent snifters were like vanilla flavoring trying to cover up rubbing alcohol.”

Another review from Potstilled was pretty off the record.

My immediate concern with this product is the glass … has an incredibly strange and slippy texture and ended up with a strange gloss finish to it, making the whole bottle look weird from afar. Rubbing your fingers across the front label reveals crackling and popping of air bubbles below the label that do not go away. The packaging feels cheap and sub-premium as a whole. Very strange for something trading on reputation rather than price.

I guess those review doesn’t affect the reputation of Conor Mcgregor, despite in his loss, the fight shatters all the previous UFC PPV records as well.

By the way, his whiskey is selling out soon McGregor may join the billionaire club estimated by UFC head honcho Dana White.

Share your comments below, if any of you have tasted proper 12 whiskey?