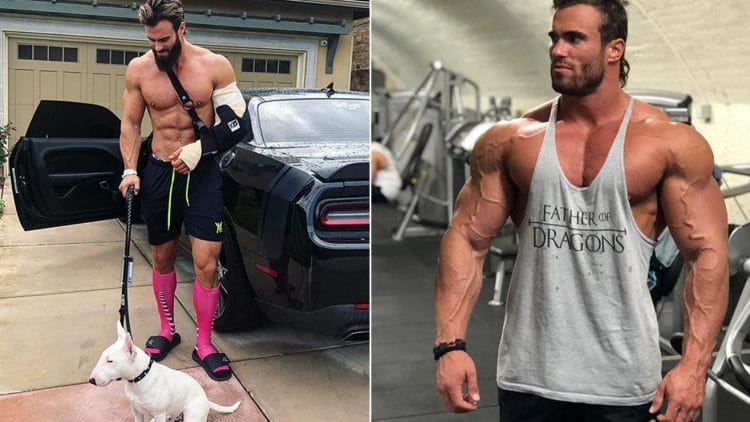 Calum Von Moger suffered a bicep tear after he tried an insane 400 lbs curl together with IFBB Pro Chris Bumstead. Since then his bicep injury didn’t heal properly.

He got his first bicep surgery last year in December, many fans thought we’ll see him competing soon, but earlier this year Moger updated fans that he needs another surgery to fix the injury.

Von Monger is now on the road to recovery after updating his fans on his Instagram on Saturday that he had a successful bicep surgery.

It was a long wait for fans and even longer for Moger who’s is looking to rebuild himself again; now his bicep muscle is fixed, we all can’t wait to see him compete again.

Surgery was a success. Always in good hands with Dr. Banffy and his staff. While I was asleep they did a knee manipulation and were able to break through the scar tissue and get my ROM to 130°+ which is a huge step forward for me. Today I’m already back at PT at @eliteorthosport working on my knee to keep progressing. I feel so much better mentally now that I have this operation out the way. I can finally start rebuilding myself. And to top it off I got some encouraging words from Arnold @schwarzenegger during my PT this morning.

Well, it may take a while before Moger fully recovers and start his training in full swing. We wish him a speedy recovery.

For a bodybuilder to be compared to Arnold Schwarzenegger in his prime is a huge show of respect. For him...