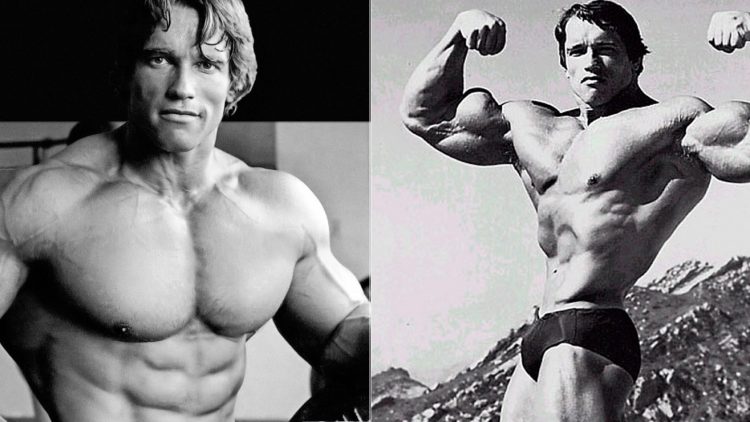 Read This To Discover How Arnold Schwarzenegger Became A Legend!

There is a lot hidden behind the fame and popularity of Arnold Schwarzenegger. His popularity has grown immensely over the years. From his days as a bodybuilder to becoming the highest paid actor in Hollywood with numerous box office hits to his name and serving as the governor of the state of California for two straight tenures. His glamour filled career has also had its fair share of controversies. From admittance of steroid use to a very tabloid divorce and facing the Gropergate scandal, the 7 times Mr. Olympia has managed to stay relevant and in the limelight for both good and bad reasons for over 3 decades.

Still promoting his first love, bodybuilding, through Arnold Sports Festival, he is also gearing up to make his comeback to Hollywood with an upcoming Terminator movie and is still actively participating in politics without holding the office. He is promoting clean energy with the help of R20, a non-profit organization. He is also an advocate of fitness opportunities and better education for the children of families with low income.

Arnold Schwarzenegger was one of the highest-paid actors alongside Sylvester Stallone.  He was turned into the movie legend after playing the role of a muscular warrior who knows no fear – Konan Barbarian! He also dominated the market by acting killer robot in Terminator. His “fights and shootouts” versus Patrick Swayze are still something older movie fans love watching! 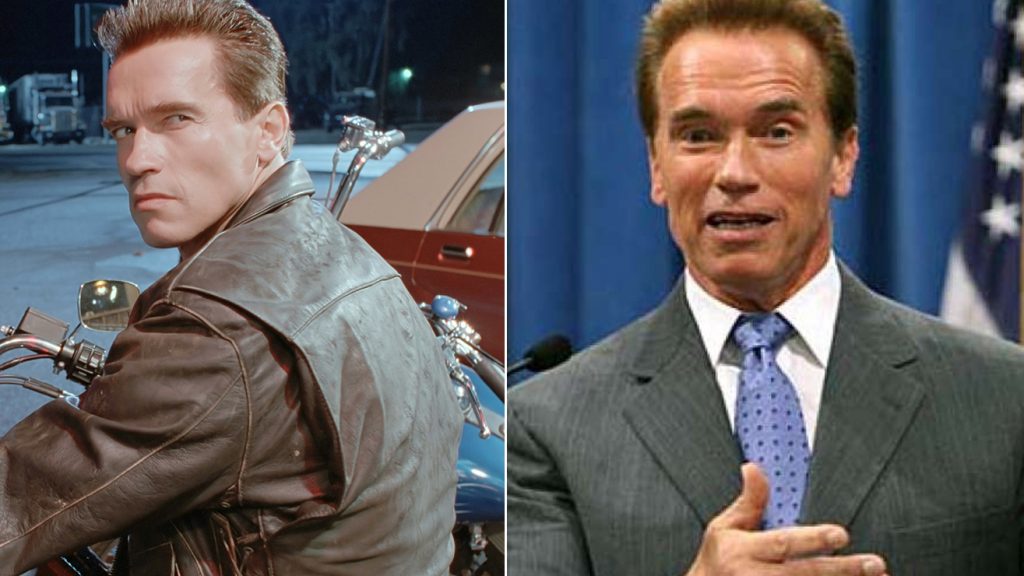 The 71-year-old legend spoke to Men’s Health’s former fitness director Lou Schuler. He “caught” the superstar in the filming of new Terminator. The popular icon shared some secrets from his bodybuilding and training routine. He made a great parallel between two eras but also tried to justify his steroid use.

Arnold Schwarzenegger has always been a warrior until the last bell. He even described the heart-valve replacement surgery as “a minor issue”.

“It was supposed to be a minor procedure and it ended up being major. It’s not welcome, but it happened.”

The former 7 times Mr. Olympia confessed that he is still in the phase of recovery. Yet, he got used to living in a denial. He simply tries to live a normal life.

“I’m still recovering. I think that major surgeries like this literally take a year. For you to remind me makes me think about it. I normally live in denial. I get out of the hospital and try to live as if nothing happened.”

Even at the age of 71, Arnold Schwarzenegger still trains on a regular basis. He said that he combines weight and cardiovascular training sessions at the moment.

“It’s cardiovascular combined with weight training. We ride the bike to the gym, which takes 20 minutes, and we work out for 45 minutes to an hour with the weights, and then we ride the bike back, and then eat.”

The former Mr. Olympia gives an advantage to machines in his training seasons. The bodybuilding legend stated that machines give you more space to work around your injuries.

“Yes, because machines are so sophisticated that you can work around injuries. Arnold said. So if you have a shoulder injury, you can find the machine where you can do normal lateral raises. Or you can work your rear deltoids without bending over and doing dumbbell raises. Same with biceps and triceps.”

Arnold was also asked whether he sticks to famous heavy squats and deadlift routines he was known for. Surprisingly, he said he neglected the whole idea of heavy lifting. He is now the fan of “more reps”.

“That was good for competition because it’s all about giving the muscle the most resistance. You go all out because you want to shock the muscle. But it’s not good for anything else.”

“As soon as I was finished with competition in 1975 [after winning Mr. Olympia six years in a row], and then in 1980 [when he won again], I dropped the whole idea of heavy lifting completely and just did more reps. But I still get a good pump.” 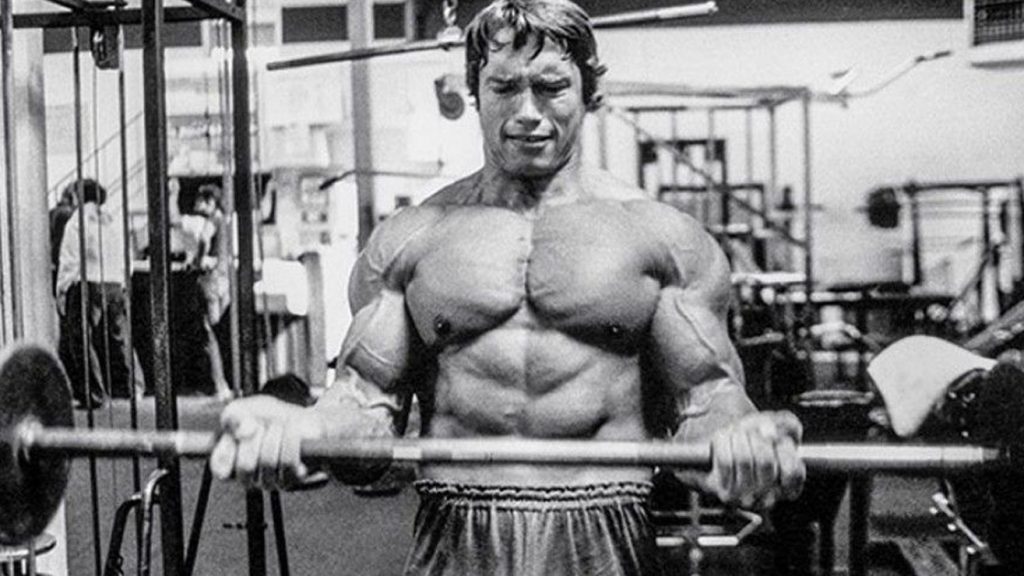 The former bodybuilding legend was questioned about the steroids he was taking during the 70s. Arnold Schwarzenegger confessed there would be no chance of winning if he didn’t use steroids. But when he was asked whether he would do that if he knew health risks, Arnold had no dilemma.

“Of course not. I have acknowledged using drugs when I competed, but at that time, it wasn’t against the rules and it was with a doctor. If you weren’t doing it, you would fall behind. So we limited it to a couple months before competition, so that we wouldn’t be on it at all times and get hooked.”

“People always want the easier way out to become better. It’s human nature, and you could probably write a book about all of the different ways we enhance ourselves and what that means and whether we need to cut back. People take drugs to focus more, to sleep better, to feel better mentally, to feel less pain, to build muscle, to lose fat—you name it. If there was an option to wave a magic wand and get rid of all illegal performance enhancing in sports, where someone can’t find the next big thing that can’t be spotted on a test, I am all for it. I’d do it tomorrow.” 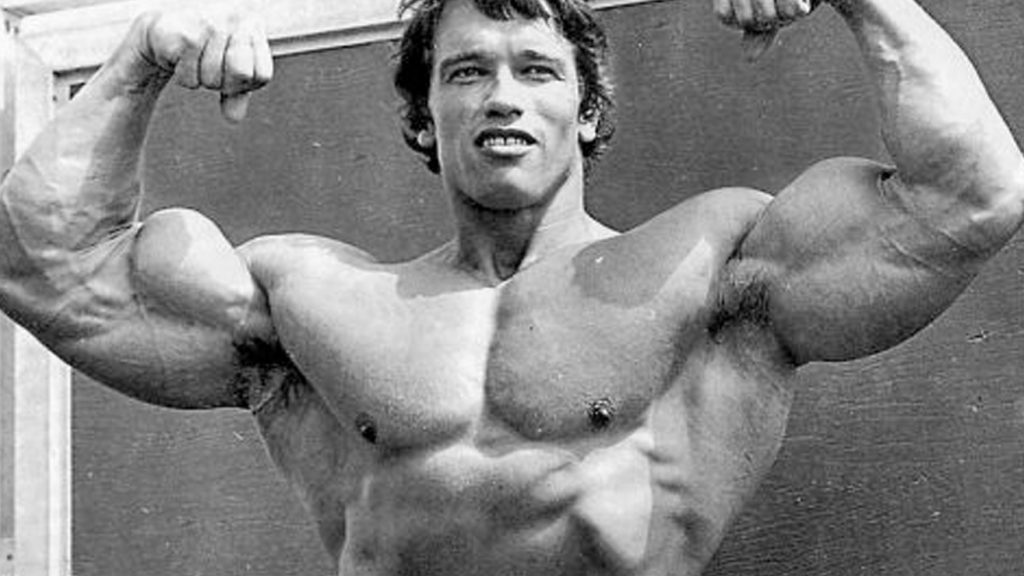 Arnold Schwarzenegger was also asked to make a comparison between today’s and 70’s bodybuilding superstars. He gave a thorough description of “aesthetic changes”. According to former 7 times Mr. Olympia, posing is completely different today.

“Sports develop, and the performances evolve, and it gets exaggerated. The good thing is that after enough complaining about it by certain people, including myself, the [International Federation of Bodybuilding and Fitness] recognized that not everyone wants to see pregnant-looking men onstage. In the old days, we posed every day for half an hour. To flex every muscle in your body is very strenuous and takes a lot of oxygen, but we trained ourselves to smile anyway. It says to the judges, “Look, I’m showing you the biggest muscles in the world, and I’m smiling while I do it.” It’s like Ali used to laugh while he was boxing. It showed his superiority.”

“Today, by the fourth pose they’ve run out of energy and they’re shaking. When you see the faces onstage, it’s horrifying. I would be very tough in the judging, like in gymnastics: “Here’s a certain amount of poses you have to do, and you’re going to be scored on the way you go from one pose to the next and if you can sustain a pose-off for 15 minutes.” It’s what the people like to see. They like to see action.”

Arnold Schwarzenegger is one of the most successful and most influential bodybuilders of all time. The former 7 times Mr. Olympia champion has set many almost unrealistic goals to today’s bodybuilding superstars. He is also credited with increasing promotion of bodybuilders in the movie industry. He doesn’t let his age defeat him and still trains whenever he has time.

This legend has always been known for persistence, dedication, and greatest efforts. He is also a man with one of the greatest hearts in the world. One thing is certain – whatever happens, Arnold will never give up without a fight!