Kai Greene In Talks With New Management About 2019 Mr. Olympia 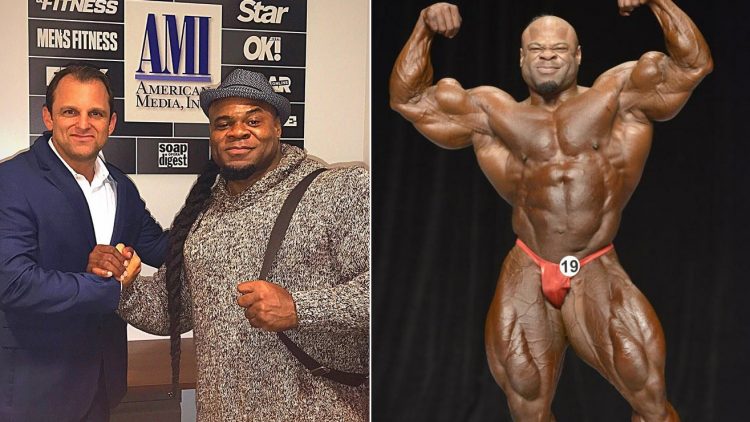 Is Kai Greene returning to the Olympia stage? Why he met with the new vice president and Chief Olympia Officer Dan Solomon…

There’s a new man in charge… Dan Solomon was named VP and Chief Olympia Officer recently and Kai Greene recently met with him and other Olympia promoters in New York offices regarding what’s ahead for Olympia competition.

The question is what was the meeting about exactly? No one knows for sure but it’s anyone’s guess as to what the discussions involved at this point.

There has of course been a few respectable speculations about Kai’s future with Mr. Olympia. Will he compete again or will he be more involved with other aspects of competition?

There’s a decent chance he could come back and compete, however, the chances of him picking up a role as a commentator at the 2019 Olympia seem just as (If not more) likely.

He has done voice-over work for ESPN so his interests could be relative to his role as a potential voice in some capacity regarding the Olympia weekend.

We can never say “never” these days as anything is possible and Kai Greene could come back and look amazing just as he’s done for many years.

Kai Greene has competed in and won many big shows, as his first big win came in 1999 at the NPC Team Universe which earned him a pro card.

Kai Greene’s disgust for Olympia judging is well known and is the reason he decided to not compete in several recent Olympias.

However, with a new leader (Dan Solomon) things may be looking up for the future for the Olympia weekend.

Could suspicion have it that the meetings may have resulted in Kai Greene agreeing to make a return to the Olympia?

Well… the 2019 contest will only benefit from something this big and there are a few good top contenders now. However, none to really create the hype Kai Greene’s comeback could possibly bring.

Phil Heath is looked at now (By many) as being the “past” rather than the future of bodybuilding, and although he may compete again, it likely won’t be at the 2019 Mr. Olympia. He will need surgeries to fix his hernia/s and for him to be ready and look his best by next year is next to impossible.

So… if Phil skips the Olympia, who will challenge Shawn Rhoden?

Well, Shawn Rhoden has really set a standard at the 2018 Mr. Olympia, bringing a more aesthetic and conditioned physique which resulted in him convincingly beating Phil Heath. Roelly Winklaar is obviously a big threat to anyone on stage and his placing was even argued to be “too low”…

Now, Big Ramy disappointed in 2018 but if he comes back strong, he has a great chance (He always did).

Then you have William Bonac in the Shadows as well so never count him out but he will likely climb slowly to the very top if he ever makes it there.

So… we all know that if the Predator (Kai Greene) decided to grace the stage with his long overdue presence in 2019; the buildup and hype to the Olympia weekend may just be at an all-time high!

His placing is unsure as he hasn’t competed in years but nonetheless hopes will be high for him.

It would be what the sport needs right now and what the history of the sport will need for discussion many years from now.

Although there’s no definitive answer as to what the meetings between Kai Greene and the Olympia promoters were about, we will soon find out what’s ahead for Kai Greene.

This is a subject many people have been wondering about and hopefully 2019 answers the question of… will Kai compete in Mr. Olympia again?