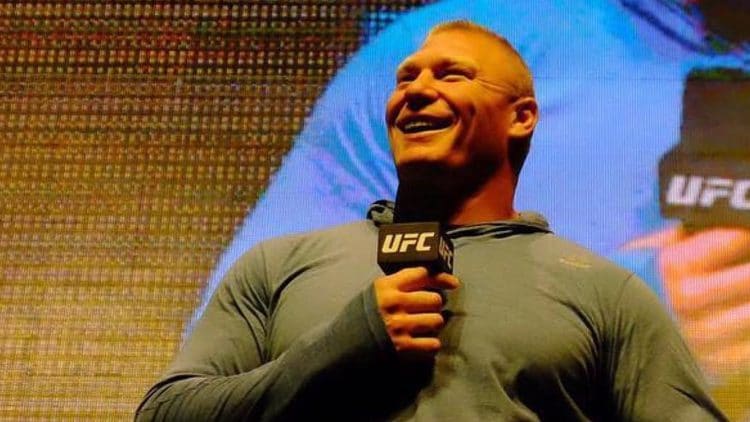 It Could Be An Error, But One Of Brock Lesnar’s Drug Samples Is Missing From USADA Database

Former UFC heavyweight champion and WWE champion Brock Lesnar expected to return to the UFC Octagon for a potential showdown with Daniel Cormier early in 2019. Nothing is official as of yet, the possibility of this showdown started circulating when Daniel Cormier knocked out then-champion Stipe Miocic at July’s UFC 226 card. Immediately after Cormier scores a win, Lesnar entered into the cage and shoved ‘DC’ and put the heavyweight division on blast.

Shortly after this Lesnar entered in the USADA drug testing program, as this is UFC’s policy fighters should enter to their drug testing pool for at least six months before they fight. Currently, Lesnar serving six months of USADA suspension for failing multiple drug tests for banned substance estrogen blocker clomiphene back in 2016 and eligible to return to action again in January 2019.

As of now, Lesnar is in USADA testing pool, but according to @dimspace, who noticed some disparity in USADA’s records as Lesnar’s one of the sample gone missing or removed.

“I’ve gone through @USADA_UFC ‘s xml with a fine toothcomb. Only Lesnar’s test numbers have dropped between 28/11 and 7/12, no other fighters affected. Sample is from 17/10 reporting period. 2 samples reported that week originally. 1 has vanished or been removed.”

Ive gone through @USADA_UFC 's xml with a fine toothcomb.

Only Lesnar's test numbers have dropped between 28/11 and 7/12, no other fighters affected

Sample is from 17/10 reporting period. 2 samples reported that week originally.

1 has vanished or been removed. pic.twitter.com/0IPIabXQMD

@USADA_UFC
have now updated the ufc.usada site in line with the regular usada site.

Brock Lesnar confirmed as having his sample count for quarter 4 reduced by one.

This is not good. We need to know why?@JeffNovitzkyUFC pic.twitter.com/TJF5I8v9bb

Lesnar’s team and UFC have yet to comment on this matter. This isn’t the first time Lesnar has made headlines in connection with USADA. However, all eyes rolling on this issue considering Lesnar’s past history with PEDs.

In the past Lesnar was granted a special USADA exemption to compete against Mark Hunt at UFC 200. ‘The Beast Incarnate’ won the fight, later that victory was turned into NC after it was revealed that Lesnar flunked the pre-fight drug test with USADA.

Lesnar is currently in USADA drug testing pool for his UFC return against Cormier for March’s UFC 235 event in Las Vegas for the heavyweight title fight as reported. Cormier has often stated that he wants to drug test the hell out of Brock Lesnar.

What do you think of one of Brock Lesnar’s sample is mysteriously vanished from USADA database?

The WWE legend, and former UFC heavyweight champion Brock Lesnar, 41, will not be returning to the octagon in what...

Daniel Cormier Retiring After A Fight With Brock Lesnar The two division UFC heavyweight and light heavyweight champion confirm that...

Brock Lesnar has some serious Teeth issues? Okay, everyone I seriously need your help! I have been looking at this...