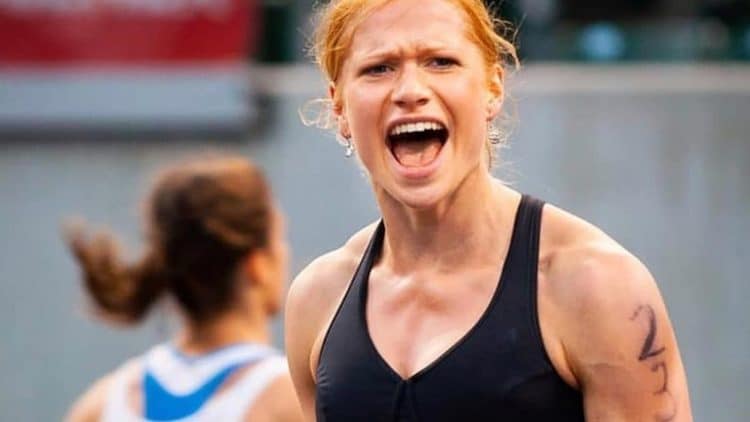 In an emotional Instagram post, elite CrossFit athlete Annie Thorisdottir has announced that she will no longer be taking part in the upcoming Dubai Cross Fit Championship.

Her withdrawal announcement came in relationship to the heart arrhythmia surgery, which she underwent recently.

“I can’t wait to visit Dubai and all the amazing people there in just 2 days! I have been competing at the Dubai Fitness Championships almost every year since 2013 — I absolutely love going there and it’s always been such a fun event of the season.

It breaks my heart, but unfortunately, I won’t be able to compete this year. I got the opportunity to have the surgery/threading done for my arrhythmia and felt like I had to go for it for a more successful season. It was supposed to be one week away from training, but unfortunately it’s now been 10 days and it is just taking a little longer to heal up. I’m still for sure going to Dubai this year, though!”

She had previously spoken about her heart condition in an earlier social media post. She said:

“I have had a heart arrhythmia for the past six years or so. It has not bothered me that much in daily life, as it only happens every 2-3 months or so. This year it happened for the first time during competition- the caos event- so I decided to have someone look at it.

“This is something I have dreaded to do for a long time now so it was a big step for me to take. I went for a ‘surgery’ this Monday.”
This is likely to delay the return of the fifth ranked fittest women for at least a few months. However, she will still be in attendance for the Dubai Cross Fit Championship as she supports her long-term boyfriend- who will be competing.

She said: “I can’t wait to visit Dubai and all the amazing people there. I have been competing at the Dubai Fitness Championships almost every year since 2013- I absolutely love going there and it’s always been such a fun event of the season.”

The competition will kick off on 12th December and ends on Saturday 15th December. You can also watch live stream Dubai CrossFit Championship on their website or youtube channel.

The 2021 CrossFit Games wrapped up over the weekend, and after a hard fought week of competition, Annie Thorisdottir ended...

Throughout the first two days of the 2021 CrossFit Games, two-time Fittest Woman on Earth® Annie Thorisdottir had been consistent...

Since Eric Roza took over as owner and CEO of CrossFit, a ton of big changes have been imminent. One...