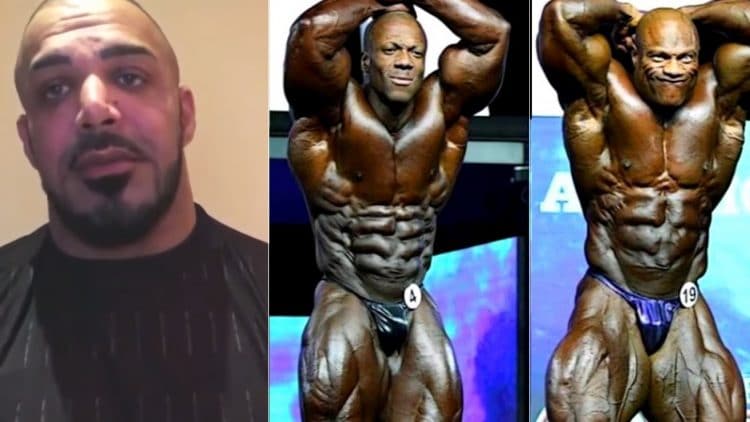 It’s likely that Zack Khan wasn’t the only one who thought Phil Heath was still better than Shawn Rhoden at the 2018 Mr. Olympia competition.

“He looked better than last year,” Khan said in a video interview with Muscular Development regarding who he thought looked better at the Olympia.

“The only thing he lost on was the stomach”.

This may very well be true since Phil Heath doesn’t really have any weak body parts. He’s a genetic freak and is called “The Gift” for a reason. Although Khan did say Rhoden annihilated him on the front double bicep.

But besides that, Khan thought it was an easy win for Heath from the side and back which should be more than enough to beat out Shawn Rhoden.

“From the back, it’s game over isn’t it,” Khan was confident in his assessment here.

We all know Phil has one of the best backs in bodybuilding history and usually that is where the show has been traditionally won from.

Well, that’s his opinion but now we focus on whether or not Phil Heath will ever compete again and Zack Khan believes he will not!

“Whether he says it or not, it has affected him”.

This is in regards to Heath being at the top of his game only to lose during the Olympia. Khan talked about Heath’s surgeries due to his hernias really affecting the way his physique looks.

It’s hard to bounce back after this since bodybuilding is so much about aesthetics more than performance. The scar tissue is just too much in keeping a clean and aesthetic look for Phil to come back and dominate like before.

Will Phil Heath have a future in bodybuilding after his surgeries?