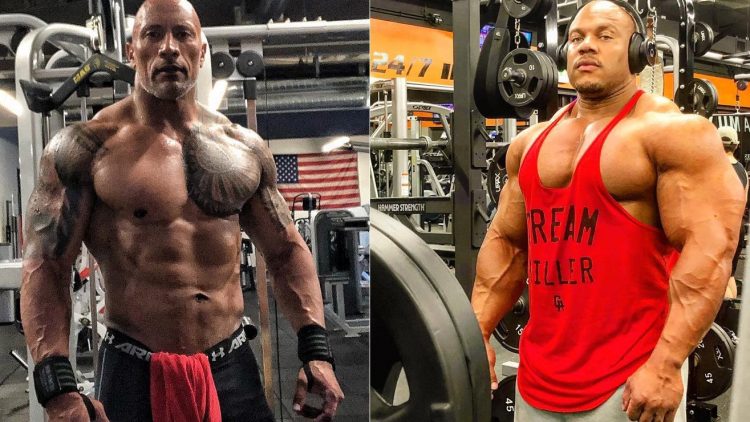 If the 7x Mr. Olympia Phil Heath complements you, then you’re doing something right!

Ok, so it’s no secret Dwayne (The Rock) Johnson is well known for his incredible physique. From his days in the WWE to current projects where he’s required to look like a god, well… he has consistently risen to the occasion.

In fact, his work ethic and improvements even up until this point in his career are awe-inspiring. Even seven-time Mr. Olympia Phil Heath agrees that “the Rock” is more shredded than ever. His recent Under Armor campaign (Project Rock) shoot seemed to be a driving force for him to get into his best shape ever.

“This is definitely your best conditioning yet Brother congrats, you can see the striations in the rear delts and even your lower lats nice!!! Guess those cheat meals were necessary to stay full.”

Heath poked fun at the Rock while at the same time taking notice of the improvements which were quite obvious. The Rock is an absolute beast and works harder than most people in an effort to push the envelope even further. He’s successful because he takes his career seriously and it has paid off for a while now.