BREAKING: After A Hard Fall Ronnie Coleman Going For A Spinal Cord Surgery

Legendary bodybuilder Ronnie Coleman had a hard fall at home which herniated a disc in his neck.

Arguably the greatest bodybuilder in the world 8x Mr. Olympia Ronnie Coleman required another serious surgery after an unfortunate accident at home about two months ago. Coleman posted this update on his Instagram and a picture of him in a hospital bed with two others by his side. Due to the fall, he herniated a disc in his neck but it has gotten so bad that it is pressing up against his spinal cord.

Coleman said he asked two Spine Surgeons for their opinion on the matter and they both said he has to have surgery.

“Hey guys this is not a repost, I’m in the hospital again getting ready for another surgery. About 2 months ago I had a hard fall at home which herniated a disc in my neck. So today I’m doing a level 3-4 fusion of my cervical spine. Dr says this disc is pressing really hard against my spinal cord so surgery is definitely required. Oh by the way I did get a second opinion within days apart from 2 different spine surgeons and they both told me the same thing. I needed surgery in the next few days. So here we go again, say a prayer for yo boy”.

This is unfortunate for King Coleman as he can’t seem to catch a break. It’s just one surgery after another but hopefully, this time proves to be his last. He was just starting to incorporate some cardio into his routine so he could get back into shape after his previous back surgery but sometimes unexpected events happen when you least expect them to.

Read also: Ronnie Coleman: “I Might Never Walk Again” After Spending $2 Million On The Last 3 Surgeries

Team FitnessVolt wish Ronnie Coleman the best as he undergoes his procedure and we hope he can finally, fully recover to get back to his normal self. 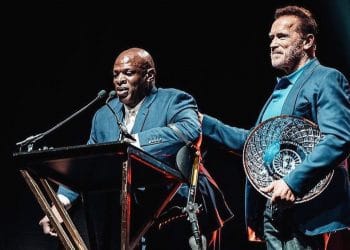