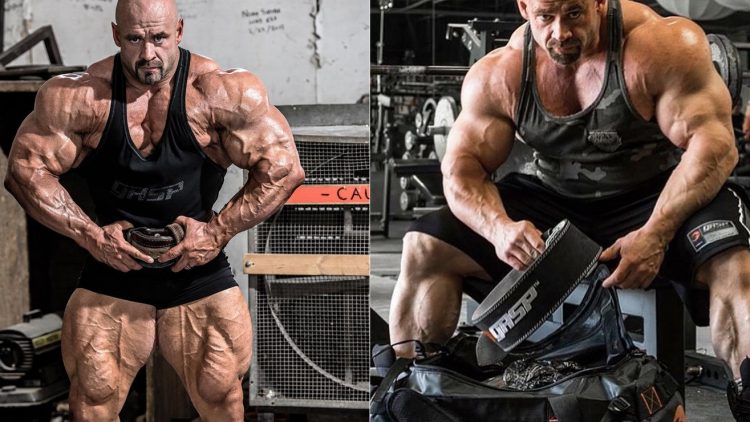 Branch is making a lot of progress and almost 100% again!

Branch Warren is on the fast track to recovery after tearing his rotator cuff from training (He stills trains like a pro) while making a lot of progress in the gym. He’s also promoting supplements through “Wawanprotein”.

“Shoulder injury healing up great, gaining weight, size and strength every week. On my way to being 100% again”.

Branch Warren is getting back to his old self although not quite like when we placed second at the Olympia in 2009. He’s an all-around beast who looks insane when he’s in competition shape (Although he’s not competing).

“Update: Training and recovery is kicking ass and I’m on track to be 100% – you all know I’m a fighter and nothing stands in my way of coming back and being better than ever! Make sure to follow my journey here as well as my upcoming appearance schedule”.

No one doubts his determination to be better than ever when he’s fully recovered. Everyone knows Branch Warren works his butt off (and has for his entire career) to maintain his physique but unfortunately, it’s never won him an Olympia trophy. However, nothing can take away from the fact he’s one of the greatest bodybuilders the sport has ever seen.

Men's Open competitor Branch Warren was a perennial contender throughout the 2010s, mostly because of his muscularity and granite conditioning....

Johnnie Jackson made a name for himself in powerlifting and bodybuilding courtesy of his next level strength. Joining Dennis James...

During his time in the sport, Branch Warren had a lot of success against some of the best in the...

Fans do not often get to see much from Branch Warren nowadays, in the way of physique updates. However he...