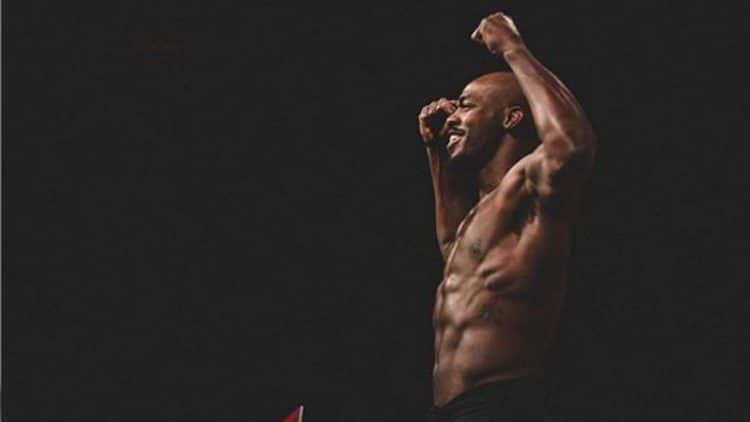 Jon Jones was a very hot topic before UFC 232 Light Heavyweight title fight versus Alexander Gustafsson. Few of his tests were positive on Turinabol, an anabolic steroid.

Theres also the October one reported in Jones reasoned decision

Let’s remember, Jones was already sanctioned for Turinabol abuse following his win over Daniel Cormier at UFC 214 on July 29, 2017, which was later overturned to no contest.

NSAC didn’t grant Jon Jones a license to fight, so the whole UFC 232 fight card was relocated from Nevada to California, because CSAC agreed to allow Jones to step inside the octagon.

Jones was determined to prove his innocence, so he took part in additional VADA testing. But guess what?

VADA tested “Bones” on weigh-in one day before UFC 232 event, and his results were positive for Turinabol again!!! Pinch of salt! (h/t MMAFighting.com)

CSAC executive Andy Foster said he won’t take any actions versus the current Light Heavyweight champion Jon Jones because he was already issued a 15-month ban for the same substance in the past. Andy spoke with Sports Medicine Research and Testing Laboratory (SMRTL) lab director Dr. Daniel Eichner, who said there were no clean pieces of evidence or Turinabol re-ingestion.

“I spoke with the scientists,” Foster said. “They stand by their original statement. Nothing has changed. We’ve already punished Jon Jones for the M3 metabolite, which is a long-term metabolite. There’s no grounds to charge somebody twice for the same violation.”

The UFC Vice President of Athlete Health and Performance Jeff Novitzky is not surprised because of the Jon Jones’ tests. Novitzky claims experts told him that positive results might occur due to training or weight cutting process.

“Science-wise, it does make some sense,” Novitzky said. “Once again, there was no parent compound and none of the short- or medium-term metabolites, which tend to stick around for three or weeks. So this is even more indicative that for whatever reason this long-term metabolite is just hanging around in these tissues and they get expressed when you’re going through weight loss.”

Jeff Novitzky also issued one pretty much controversial statement. He claims “Bones” won’t get an instant free pass to fight every time the “incident” happens. Instead, commission plans to analyze everything carefully to make sure Jon Jones didn’t ingest illegal substance.

“I don’t think it’s a blanket statement that every time that metabolite shows up that it’s automatically considered no re-administration,” he said “They’re looking at a lot of different factors each time it does show up. They’re looking at biological passport information to determine, are any of these other levels suspicious or raising or dropping. They’re looking to see if they can detect any of the shorter or medium term metabolites. It’s not accurate to say that every time this expresses itself in Jon it’s an automatic free pass. They look at it in detail every time it shows up to make sure that everything is consistent with no re-administration and no performance-enhancing benefit.”

Please don’t feel sorry for me, all is well in the Jones camp. Not giving an ounce of energy to things that are out of my control. 🤙🏾 https://t.co/aKUxguUs06

Please don’t feel sorry for me, all is well in the Jones camp. Not giving an  ounce of energy to things that are out of my control. ??

Jon Jones is expected to defend his UFC Light Heavyweight belt versus Anthony Smith at UFC 235, on March 2, 2019, in Las Vegas, Nevada. But he needs to obtain NSAC fighting license first. “Bones” must appear on hearing, which is set for next Tuesday, Jan 29th.

What do you think, will NSAC grant Jon Jones fighting license this time? Will this Turinabol affair ever end?