Is Kai Greene Making A Secret Comeback To The 2019 Olympia? 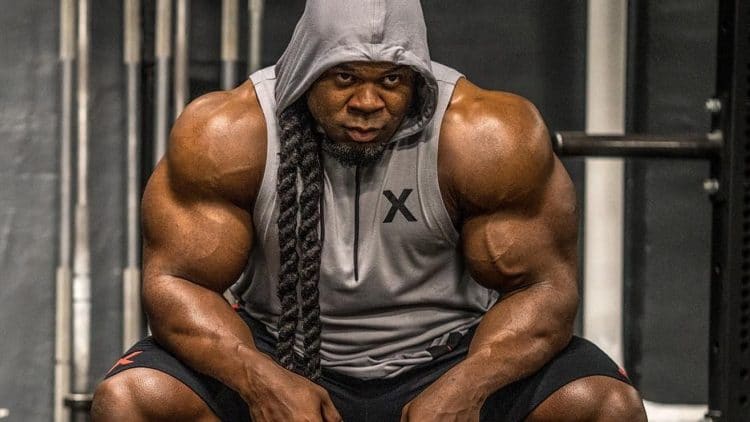 The “Predator” Kai Greene teasing fans about competing in 2019.

After four years of not competing (2014) at the Olympia, one could say Kai Greene has been sending mixed signals to his fans of whether or not he will step on the biggest bodybuilding stage in the world ever again.

Last year he met up with Dan Solomon (Chief Olympia Official) and other Olympia promoters regarding the 2019 Olympia and we still didn’t get a clear answer as to whether or not he’d compete.

Now, we know he’s been involved in acting and voiceover work so we could believe he could be involved with similar work at the Olympia. Kai Greene is still young enough in his bodybuilding career to try again in hopes of finally winning the Mr. Olympia title (Which many people thought he was robbed of a few times).

Greene is known for his amazing work ethic and jaw-dropping muscular development but after placing second to Phil Heath at three Olympia’s, he threw in the towel. He has what it takes to be the best bodybuilder in the world but the judges unfortunately never saw it this way. So naturally, Greene was frustrated and it’s known he expressed his displeasure with many Olympia decisions.

But hopefully he’s gotten over the past and it seems he might be in a great place to compete in 2019.

Greene recently posted a video of him pumping up his back where he was looking simply unworldly with his muscularity.

Greene posted a very interesting and inspiring message on his Instagram…

“Believe it or not, someone wants to see you shine brighter than you’ve ever dreamed of…they believe in you…Who are you not to prove them right?”

So do this mean he’s coming back? Well… it means something but Greene coming back is still not a sure thing as of right now. However, we know how passionate he was about competing and his career, so it’s not at all out of the question.

If Kai Greene came back in 2019 the bodybuilding world would go absolutely crazy and we’d love to see him redeem himself (If he brings his best package).

Do you think Kai Greene will compete at the 2019 Olympia?