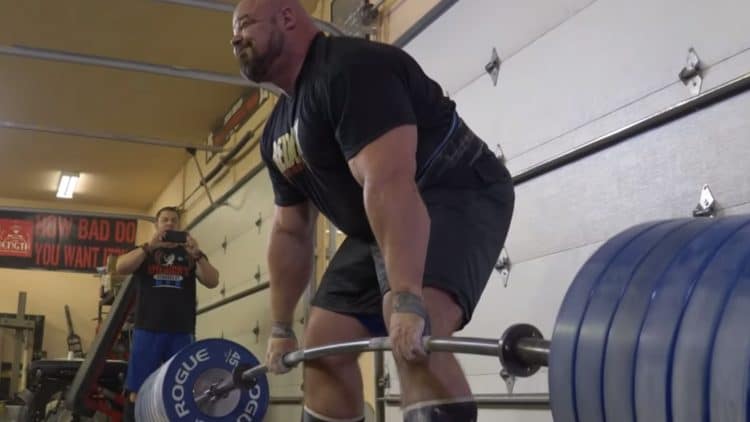 Can Brian Shaw keep up with Hafthor Bjornsson?

The Arnold Classic is just around the corner and the biggest Strong men in the game are getting ready for the ultimate showdown of strength.

Just two days ago, Hafthor Bjornsson reassured everyone that he is the strongest man in the World with a 1042 lb/473kg deadlift on an Elephant Bar and now Brian Shaw has responded with his own massive deadlift.

Shaw deadlifted a big 1025 lbs/466 kg (Although not with an Elephant Bar) to show that he’s coming into the competition ready to put up some significant numbers. After all, he is a former, multiple-time Arnold Classic and World’s Strongest Man champion.

The lift did look pretty difficult but he still has some time to improve. When the crowd is cheering and the title of Arnold Strongman Classic champion is on the line, these monsters can put on a show.

“Last heavy deadlift leading up to the Arnold. This video shows how alive the bar becomes with all of the 2” bumper plates and although this is not the elephant bar it’s a good feel of needing to pull smoothly all the way up. Now time to recover and pull something crazy at the contest! Who’s excited for the Arnold??”

Can Brian Shaw shock the Strongman community and pull off something amazing? He’s done it before and he can do it again. The only problem is he has a big Icelandic beast standing in his way named Hafthor Bjornsson.

Roelly Winklaar “Killing it” With Back Workout Weeks From Arnold Classic