Francis Ngannou Finishes Cain Velasquez In The First Minute Of The Match! 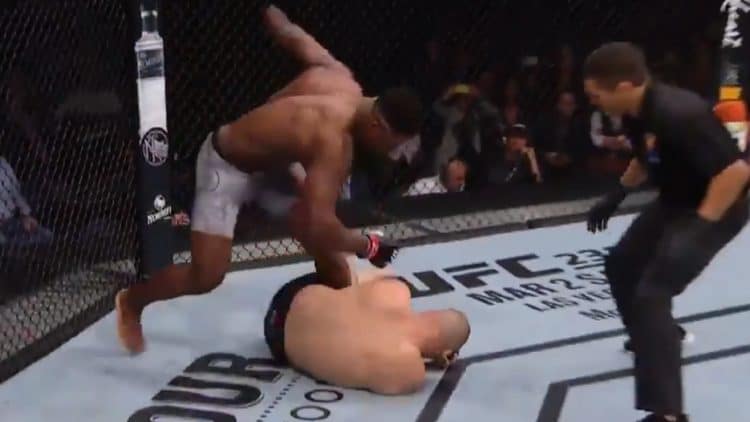 But the match was ended before it even started. Cain Velasquez opened up with a good body kick and tried to shoot in. But Ngannou delivered few short punches and a brutal uppercut that sent Velasquez to the ground. It seemed Cain hurt his knee too!

Despite Velasquez turtled, Francis Ngannou continued pounding him to earn a KO win after only 26 seconds in the first round!

Are you impressed by Ngannou’s lightning-fast win over the former UFC Heavyweight champion Cain Velasquez?

C.T. Fletcher Back In Action With Big Ambitions Ahead