Will Kai work with Marvel and he'll join big names in for 2019 Arnold Classic meet and greet. 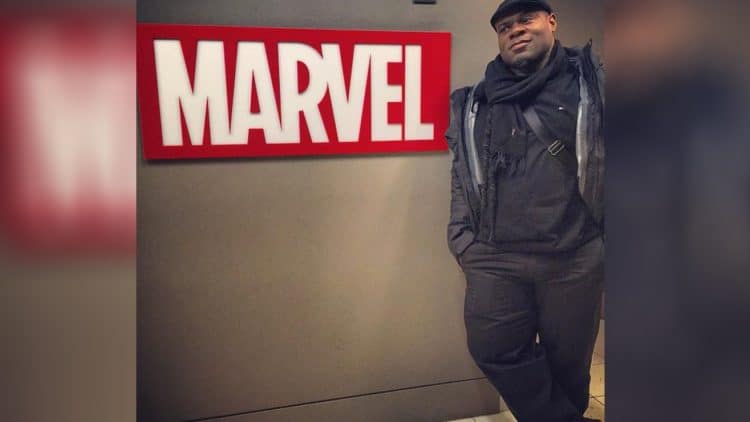 Kai Greene is always getting into something and recently he posted a picture of him next to the MARVEL sign at what would appear to be Marvel studios? For those unfamiliar with MARVEL, it’s an American motion picture company which makes comic-book films based on characters like Spiderman, the Hulk, Thor etc.

So what is Kai Greene doing at MARVEL studios and what does he mean by “thoughts become things”? We can’t say for sure whether or not he’ll appear in a Marvel film but it’d be pretty darn cool.

Kai Greene will be at the Arnold Classic along with the biggest names in fitness, including Arnold Schwarzenegger, Larry Wheels, and Hafthior Bjornsson. It will be exciting as Greene has a big fan base as he will forever be known as one of the greatest bodybuilders to ever grace the stage.

He’s known for his many second-place finishes to Phil Heath (7x Mr. Olympia) but despite him never winning a Sandow, the entertainment he displayed on stage is iconic.

Fortunately, you’ll have the chance to meet him on SAT and Sunday, March 2-3 at the Battelle Grand.

“‼️I’LL BE THERE‼️
That’s right y’all we’re heading to Columbus Ohio for the @arnoldsports this weekend!!! Join myself, @schwarzenegger , @thorbjornsson ,@larrywheels & #KingKaiSaturday March 2 and Sunday March 3rd as we get the chance to meet you guys one on one, can’t wait to see every single one of you there”.