The "Rocky" actor has some words of advice for the UFC superstar. 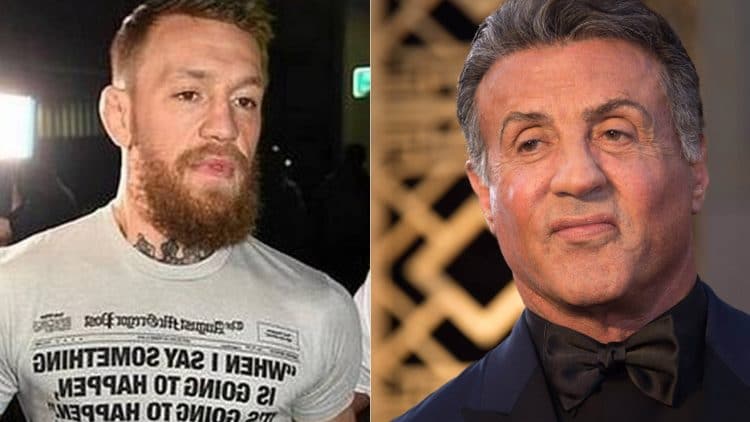 The mega movie star spoke out in regards to “Notorious” Conor McGregor’s recent arrest where he smashed and stole a fan’s phone while he was taking pictures of the UFC star. Sylvester Stallone was asked if he was worried about McGregor’s punishment and he responded with “yeah we are“. “I think he should get inspired by all this”.

He then explained to TMZ Sports how McGregor needs to overcome his fears and face Khabib Nurmagomedov for a rematch after Conor lost to Khabib in October last year due to submission, “If he doesn’t live up to his ideal, if he can’t overcome his fear and beat this man, I think it will plague him for the rest of his life”.

Then when asked if he thought Conor could beat Khabib, he responded accordingly…“I think he lost last time because he got resentful, he got prideful, he got arrogant, he put in his hands down, walked right up to that gentleman and he just got smashed in the face when he could have been defensive. There was no plan B or even an A minus”.

He even addressed whether or not McGregor should be punished for his latest incident, responding with…” Nah, it’s so minor. Actually, the guy might have had a point”.

Sylvester Stallone has a lot of experience with crazy fans and pictures but his advice to Conor McGregor for dealing with fans was, “keep smiling, you can’t critique a smile”.

The future for Conor McGregor is still uncertain but chances are he’ll be let out with a minor punishment. He’s eligible to compete in the UFC again in April, and many fans are eagerly awaiting his return in hopes of a highly anticipated rematch with the current UFC lightweight champion Khabib Nurmagomedov.