Whey vs. Casein – Benefits & Disadvantages You Should Know! 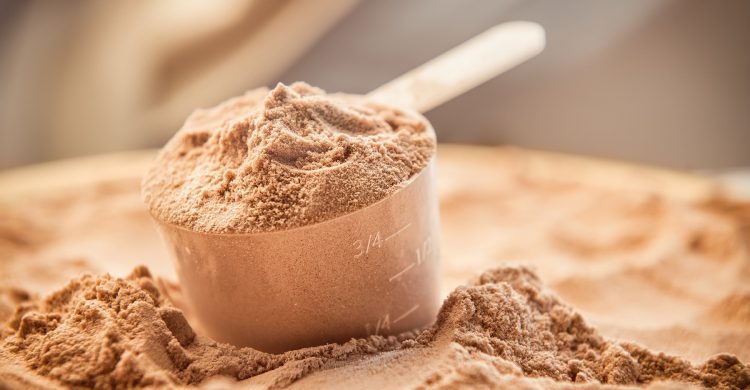 The battle of the dairy protein supplements. Arguably the two best-selling protein supplements on the market, it’s finally time to pit them in a fight for the ages! From the following information, you can notice that each offers distinct advantages. Let’s take a closer look at our protein powerhouses originating from our belly-busting bovine buddies.

Both are considered complete proteins, containing all the essential amino acids we humans need, and both are easily digested, where the body will absorb about 97% of all the protein in it. It’s no coincidence that these two proteins have become hugely popular among fitness circles. But, even though they share similar properties, they don’t exactly share the same benefits. In fact, if you have ever been scrounging the internet forums or punching in your Google searches, you’ll come to realize that there are two fundamental differences between whey and casein. One is their digestion rate.

Whey is a source of protein naturally found in milk. When mixed with rennet, (a complex combination of coagulant enzymes) milk curdles and separates into different constituents. One is the aforementioned whey, currently in its liquid form and the leftover curds are used to make cheese and also whey’s not-as-popular little brother known as casein. The liquid whey is then pasteurized and dried out to create the familiar powdery product. Almost 20% of the protein found in milk is whey protein. Whey is rich in branch chain amino acids, lactose, minerals, and vitamins and contains lactalbumin and traces of fat.

The powerful antioxidant effects enhance glutathione levels. Glutathione is a tripeptide that contains one amino acid residue from glutamic acid, cysteine, and glycine. Glutathione occurs widely in plant and animal tissues and plays a significant role in protecting skeletal muscle and other body tissues from oxidative damage.

Glutathione helps maintain compounds such as iron in its proper oxidation state in hemoglobin. Protein sources including high levels of cysteine may be useful in maintaining or replenishing whole blood glutathione.

In most cases, it has not been shown to be effective at decreasing protein degradation.

Why, is excellent to consume around workout time due to its fast absorption rate. Consume it pre, during, or immediately post-workout. 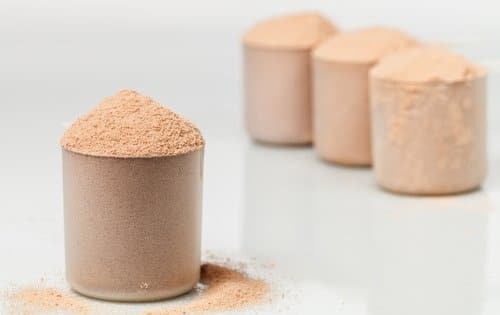 Casein Protein constitutes 80% of milk protein. It is known for its excellent amino acid content, slow digestion, and anti-catabolic effect.

It’s slow to digest, clots in the stomach, and appears to be anti-catabolic due to this effect. It contains dairy calcium (which is important for bone health and body comp effects).

It’s slow digestion can be a negative before or after training when you are trying to get amino acids into the system quickly. Peoples who have problems with lactose may have gas, and some people are allergic, which can cause bloating, and also sodium content can cause bloating as well.

It recommended to be used at meals or bedtime, you can also combine Casein with other proteins. Do not use when you trying to accelerate amino acid absorption.

Whey is considered the faster-acting protein, touted for reaching the bloodstream quicker and elevating blood amino acid levels much higher. But, it begins to dissipate roughly 3 hours after ingestion. Casein, the slow-acting protein, theoretically reaches the bloodstream slower due to its curdling effect and release smaller amounts of protein over time. The benefit, though, is that the protein will be in the bloodstream for much longer, almost 8 hours after the fact. The other difference is indeed their protein profile. 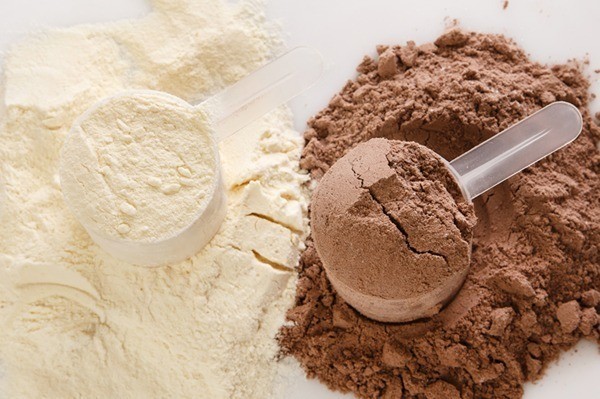 Although whey and casein are both complete proteins, they don’t share the same amount of these essential amino acids. The most important is the muscle growth promoting leucine. Whey naturally has much more leucine, which ‘should’ help you build more muscle. But, casein protein has more muscle preserving properties. So, both protein supplements are better than the other in two aspects of building muscle.

Increasing muscle protein synthesis, where whey takes the cake. And decreasing muscle protein breakdown, where casein holds the crown. As we can see, there are glaring differences between the two protein powders. But, does it even really matter? Now studies do clearly show that whey spikes amino acid level much higher. But one thing that’s not entirely accurate is whey reportedly reaching the blood stream quicker, which can be substantial. Muscle protein synthesis is stimulated for a short period of time after an intense workout. To capitalize on this, bodybuilders believe they have to make sure they get protein immediately! Studies show that whey gets to the bloodstream roughly an hour after digestion, and that’s pretty fast. But casein has been shown to get into the bloodstream just as quickly as whey.

Increasing muscle protein synthesis, where whey takes the cake. And decreasing muscle protein breakdown, where casein holds the crown. As we can see, there are glaring differences between the two protein powders. But, does it even really matter? Now studies do clearly show that whey spikes amino acid level much higher. But one thing that’s not entirely accurate is whey reportedly reaching the blood stream quicker, which can be substantial. Muscle protein synthesis is stimulated for a short period of time after an intense workout. To capitalize on this, bodybuilders believe they have to make sure they get protein immediately! Studies show that whey gets to the bloodstream roughly an hour after digestion, and that’s pretty fast. But casein has been shown to get into the bloodstream just as quickly as whey.

The obvious difference is that whey spikes protein levels much much higher. So, with this fact, and the fact that muscle protein synthesis is stimulated significantly after the workout, shouldn’t whey still be the winner? Well, no, not exactly. Remember that although whey does spike blood amino acid levels very high, it also leaves the blood very quickly. 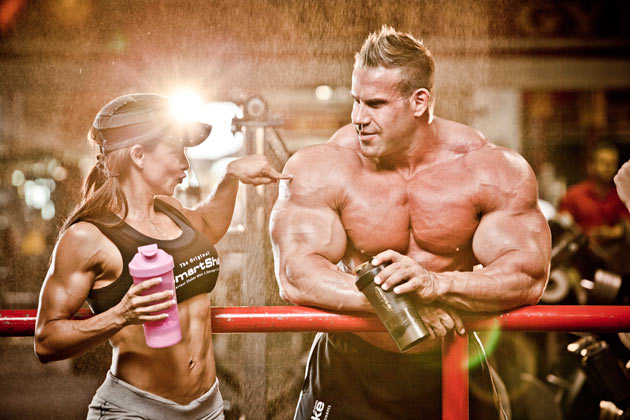 And even though exercise stimulates muscle protein synthesis significantly for a short amount of time after the workout, it still remains elevated above baseline for up to 36 hours. Pair a moderately elevated muscle building stimulus with a moderately releasing protein such as casein, and you’re bound to build muscle just as well as whey. But how about leucine levels? Whey does have more, and since leucine is important for muscle growth, shouldn’t whey clearly be the winner? Other than the fact that casein also has the leucine, and when paired with eating protein from real food sources should be enough leucine anyway, it still has less than whey on a gram to gram basis. But the studies show that casein users actually ended with a higher net leucine balance than whey users.

But, how can that be? Remember, casein tends to focus on decreasing protein breakdown. With a theoretically smaller focus on protein synthesis, casein limits leucine usage, creating a greater impact on net leucine balance, and possibly saving that leucine to build more muscle over time. But let’s look at the actual studies that focus on building muscle.

In almost unanimous fashion, Whey undoubtedly does a much better job in increasing muscle gains in short periods. But as we start looking at longer studies that spans more than a few weeks, the differences between the two proteins begin to diminish. The fact of the matter is, yes, you will benefit from Whey more so than Casein in short bouts. But in the long run, it doesn’t really matter which you take.

The ONLY variable that has affected overall muscle gains is the AMOUNT of protein a person is eating. Regardless of whether it’s casein or whey, or heck, even other protein supplements to a degree, net protein consumption is by far the most important factor. Of course, that changes if you’re focusing on certain athletic sports such as endurance running or powerlifting, where protein timing and digestion rate is critical. 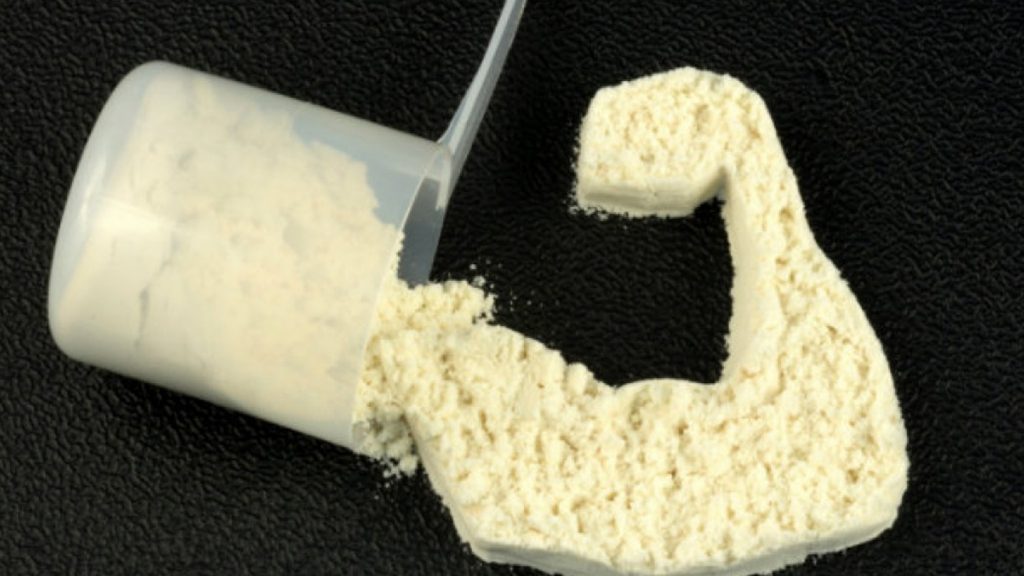 “A study by Tipton concluded that the acute ingestion of both whey and casein after exercise resulted in similar increases (no notable differences) in muscle protein net balance, resulting in net muscle protein synthesis despite different patterns of blood amino acid responses. “

Whey and Casein are pretty much equal. But if I HAD to choose a winner, then I would personally go with Whey Protein. It’s less about muscle growth, but more so the fact that it’s usually easier to consume has a better taste profile and usually is less expensive. These are factors that you should consider as well. The best choice is really up to preference.

If you are a whey guy, go whey. If you love casein, then go with casein. Just don’t let the different supplement companies make you feel like you have to choose a side!!!

You’d be hard-pressed to find a bodybuilder who doesn’t know that they need to consume protein for muscle repair and...