Reverse Grip: A Great Alternative For Your Upper Chest

For years, body builders have used incline bench press as their go-to exercise for building out the upper chest.

However, recently there has been some good research published which may suggest that a reverse-grip bench press may be a better alternative to the incline press.

Although results can be varied depending on the body mechanics of the individual, it still proves to be a good exercise and addition to any workout that needs some new diversity. 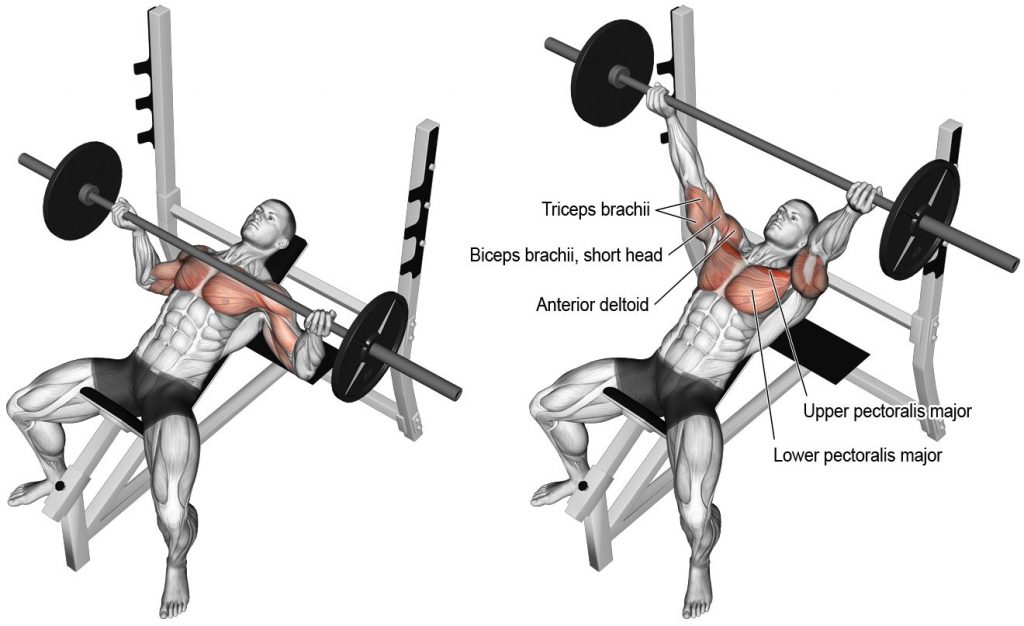 Researchers in Australia have reported; that when weight-trained subjects performed the conventional inclined bench press, the activity of their muscle in the upper pecs was only 5% more than compared to flat bench. This was published in the ‘Journal of Strength and Conditioning’.

Another recent study performed by Canadian scientists has found when weight-trained subjects performed a reverse grip bench press, the activity within the upper pecs was a staggering 30% higher than when they performed the conventional flat bench press with the standard overhead grip.

If we consider that muscle activity is the measurement of how many muscle fibers are being worked during an exercise, then from our evidence, it shows that the reverse-grip bench press appears to better work the upper chest than the incline press. Obviously, all research is always open to debate and we should never take things as fact (unless there is extensive evidence to back up any claim).

With that in mind and with the information that has been presented, it still shows that the reverse grip bench press can be a great addition to any workout and one of those exercises we can throw in every now and again to either shock our muscles or to pre-exhaust our muscles.

Bodybuilding standout Shaun Clarida has been known to push it during training and has shown an incredible level of consistency...