Breakthrough your growth plateaus with this training technique.

The method of rest-pause training is nothing new to the weightlifting world. It has been utilized for many decades by now. Among fellow gym rats and heavy lifters, it’s commonly thought to be a great technique to help muscles grow bigger and stronger. Rest-pause can be described as a single set being broken down into several short sets with very short rest periods.

When you limit your rest between sets you never allow the muscle to fully recover and each rep becomes more challenging.

Since you are able to lift a heavier weight for more reps than you normally could, you will increase your tonnage and tax your muscles extremely.

There are many different variations to the rest-pause technique, but one example of a rest-pause set would be to pick a weight you can do 6 times. Perform the exercise as many times as you can, (6 seems like the most likely number here don’t you think?) then set the weight down and rest for 15-20 seconds. Lift as many as you can again and repeat this process until you can no longer lift the weight. Now you can work to failure here, but let’s be smart people. You don’t want to go to actual failure on lifts where you can end up with weight on top of you unless you have a spotter. Although that is another benefit of rest-pause training. If you don’t have a spotter this is how you can get those extra reps you couldn’t safely do before as the brief rest periods will give you enough stamina to do more.

Sounds great, but why does it work?

Well, your body relies on three main sources for energy. Phosphagen, anaerobic glycolysis, and oxidative metabolism are the main energy sources for exercise. Phosphagen is the source that is used initially when the body is shocked with a heavy load. Phosphagens supply immediate energy, but it’s extremely limited. How limited? Well, your initial source which is adenosine triphosphate (ATP) is burned up before you can even blink. After that, it’s either further broken down or recycled with the help of creatine phosphate (CP) so it can provide more energy to your working muscles. You can only store enough ATP and CP in your muscles to give you about 10 seconds of extreme effort. After that your other energy sources, primarily anaerobic glycolysis, take over. The good news is your CP stores are restored very fast too. This is where rest-pause comes into play. You burn up your ATP-CP stores, rest briefly to replenish some of your CP stores and get back to work while your muscles are still tired but you have that extra energy stored again. This way you are able to utilize that explosive burst of energy that runs out partway into a normal set.

The first thing most people think of when talking about rest-pause is it’s great for strength and size, and I certainly can’t argue that. Research out of Australia showed that utilizing rest-pause allowed for the greatest increase in motor unit recruitment without showing a difference of muscular fatigue in comparison to typical bodybuilding techniques. When three different rest intervals were used, the rest-pause trial resulted in significantly greater muscle activity compared to the other two methods. The increased drive to the musculature makes rest-pause very effective for strength and size. 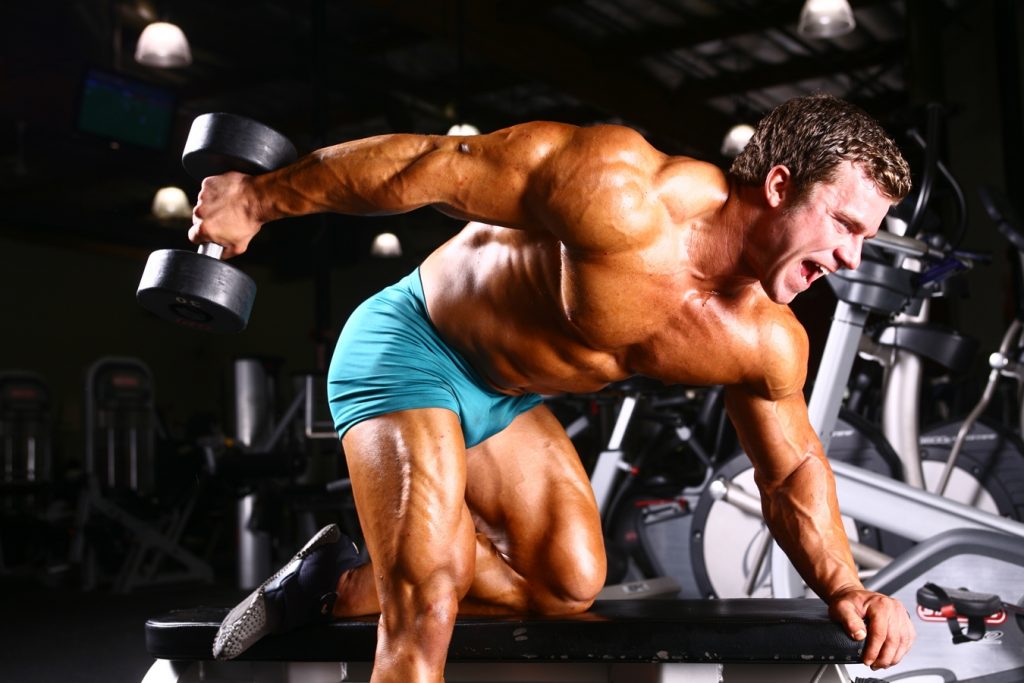 What people normally don’t think of when it comes to rest-pause, is potential EPOC (excess post-exercise oxygen consumption) which you hear a lot about with HIIT workouts. According to research published in the Journal of Translational Medicine, burning fat may just be another great benefit to the rest-pause technique. In this study, researchers had two groups of well-trained lifters. One group performed a fairly standard bodybuilding training session doing 4 sets of 8-12 reps of 8 different exercises (machine row, bench press, military press, leg curl, leg press, triceps extensions, biceps curls and sit-ups.) They performed 4 sets to failure for each exercise while resting for 2 minutes between each set of the compound exercises, and 1 minute after the isolation exercises.

In the 2nd group, they used the rest-pause method and only performed 3 exercises, the bench press, machine row and leg press. For each exercise, they used their 6 rep max and performed 6 reps, rested for 20 seconds and did as many as they could, repeating the 20 second rests and lifting as long as they could, which was usually 2 or 3 more. That was considered one set. They rested for 2.5 minutes between each set, doing 3 total sets of the leg press and two of the bench press and machine row. The researchers said this method made it comparable to high-intensity endurance training. 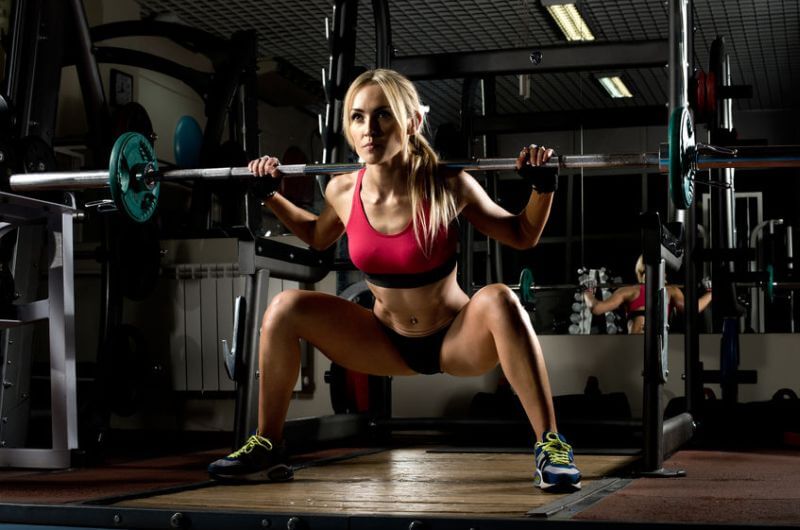 After 22 hours the rest-pause group had a resting metabolism on average of 452 calories higher than it was before their workout, while the 1st group saw an increase of 98 calories. This was despite the duration times of the rest-pause group being half of the other group, which would fall in line with their thoughts of rest-pause being similar to high-intensity endurance training. These numbers show that the rest-pause technique produces a greater EPOC than your traditional bodybuilding routine. Although my main concern with using rest-pause for fat loss is that when one is in a caloric deficit the intensity this type of exercise requires could make you susceptible to injury. Not to say you can’t still do it and ease back a bit if you feel necessary. It definitely shows that under normal conditions it can help you stay leaner while building muscle.

On a personal note, I devoted an entire month over this last winter to do nothing but rest-pause training as an experiment. I spaced out a four-day split as far apart as I could to allow as much rest as possible between workouts. Since the intensity of the workout is higher the need for rest between workouts becomes greater. Loads were anywhere from 6-10 rep max with sets between 2-4, and rest times usually 15-25 seconds with 2 minutes between sets. I wish I had kept a training log to track the results back then, but my strength definitely increased significantly over that month.

Rest-pause training is not for the faint of heart. 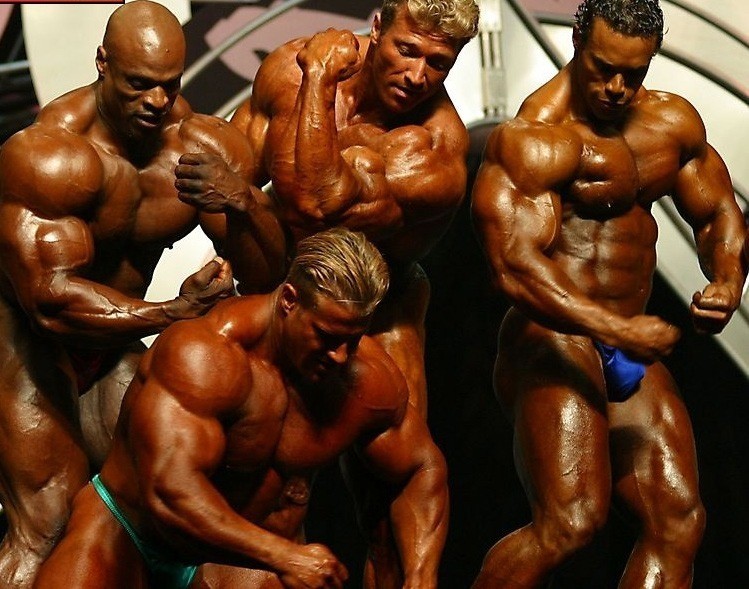 It’s a very intense form of training but if you want to maximize muscle strength and size all while helping your body stay leaner, just remember to be very diligent in counting the seconds in your rest periods to take full advantage of your body’s ability to replenish CP stores. Do this and you are sure to have a great workout and welcome in that muscle soreness those of us that are into bodybuilding can really appreciate.

Whatever you are training for, you need to work on your abs. It doesn’t matter if you’re a bodybuilder who...