Aaron Singerman advises everyone to never take shortcuts: 'I wish I could go back in time and change some of the mistakes' 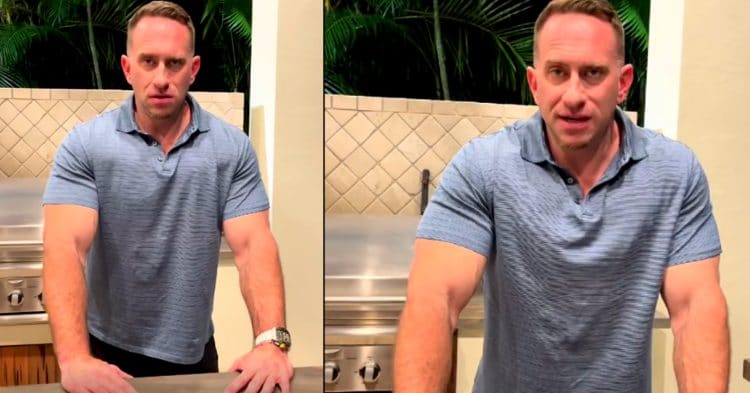 Redcon1 founder Aaron Singerman shared an emotional video to speak about his recent legal troubles. In November 2021, Singerman pleaded guilty to conspiring to sell anabolic steroids and other illegal substances marketed as dietary supplements in his last company Blackstone Labs LLC. His sentencing will take place on January 27, 2022. The judge could sentence him to a decade or more in federal prison.

Singerman also grabbed headlines recently for an alleged DUI incident that has only increased his share of troubles. His wife Darielle recently shared an Instagram video on his behalf. Aaron Singerman spoke on the entire situation in detail and shared his thoughts.

At the beginning of the video, Aaron Singerman stated that this was going to be his last social media post for a while. He further stated that he had to make the video to not leave unanswered questions. Singerman thanked those who reached out to him in his difficult times. He even made sure to take a jab at those who didn’t.

“I want to say thank you all my friends that reached out and been there for me. We have had tremendous support. While I will be gone, we have so many people that reached out and said that they’ll do whatever they can to help Darielle and the kids. That’s just awesome to know that support is there. For all those people that did that, thank you. To those ‘friends’ that didn’t reach out, that’s been helpful too because that let me know who is my real friend, who’s not and that’s okay,” Aaron Singerman said.

Aaron Singerman stated that his legal troubles have been one of the most difficult times of his life. He regrets making some bad decisions he should never have made. Singerman tried to clarify that the charges he is facing are for his work in his previous company. He urged the customers that Redcon1 products are as safe as any product can be.

“One of the things when I left Blackstone, one of the things that’s very important to me (is) when we started Redcon1 is to make the company a very different kind of company. Very compliant. We never wanted to use any ingredients that weren’t (illegal). Umm… We wanted to create a company that was as clean as clean could be. We actually created a company that was able to be looked at in the industry and it’s consumers as the shining light of compliance, shining light of doing things the right way and proud to create a brand that customers will be proud to take,” Aaron Singerman said.

Singerman wishes to go back in time to correct his mistakes

Aaron Singerman tried to assure customers that Redcon1 products are not going to change in any way. He then spoke about the leadership changes in Redcon1. Singerman revealed that an eight-person leadership team has stepped up to fill the vacuum his absence will create. More than his situation, Aaron Singerman is concerned about the well-being of his family. He appealed to his friends and well-wishers to take care of his family. Singerman gave his perspective on the entire situation to close the video.

“I wish things were different and I wish I could go back in time and change some of the mistakes I made at the other company. I tried to right my wrongs in creating Redcon1 and doing something squeaky clean but that’s not how the world works. You have to pay for past mistakes even if it seems like a lifetime ago. You’re still on the hook. I guess the message for everybody out there – never take any shortcuts. Never do anything that you’re questionable about,” Aaron Singerman stated.