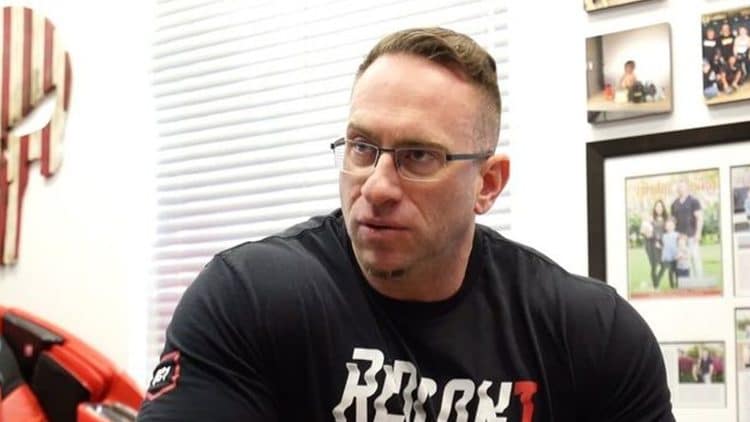 Supplement brand RedCon1 founder Aaron Singerman has found himself in the midst of another legal trouble. Court has ordered Singerman to appear on Thursday for allegedly crashing his car while being under the influence of sleeping medication. U.S. Magistrate William Matthewman issued the order. An arrest warrant will be issued in Aaron Singerman’s name if he does not appear in court on Thursday. As a result of the accident, Singerman has also received new citations for careless driving and driving with a suspended license.

Back in November 2021, Aaron Singerman and PJ Braun pleaded guilty to conspiring to sell illegal anabolic steroids and other unlawful substances marketed as dietary supplements. Both men entered a plea agreement with the prosecutors to plead guilty to federal crimes. Sentencing for the same will take place on January 27, 2022, and Singerman could be facing a decade or more in federal prison for the crimes committed.

Singerman’s recent case is the second instance of driving under the influence since he pleaded guilty in November. Within two weeks of him pleading guilty, the police arrested Singerman for allegedly boating under influence. The arrest resulted in the cancellation of his driving license. Compliance with that, new restrictions on his Florida driving privileges were added to his bond conditions.

In their appeal to revoke bond conditions, the prosecutors said:

“The defendant pleaded guilty on November 17, 2021, to counts 3 and 4 of the indictment and faces upto 13 years imprisonment at sentencing on January 27, 2022. In less than two months since he pleaded guilty, the defendant has had two incidents while under the influence.

First, in November 2021, the defendant was arrested for Boating Under the Influence. His driver’s license was suspended as a result of the arrest and compliance with that new restriction on his Florida driving privileges was added to his bond conditions.

On January 7, 2022, in flagrant violation of his Court’s order and Florida law, and with total disregard for public safety, the defendant illegally drove a car, while admittedly under the influence of sleeping medication and had a car accident. He has received new citations for careless driving and driving with a suspended license as a result,” The letter stated.

The prosecutors have also raised concerns over Aaron Singerman’s behavior. They speculated that he might have a substance abuse problem. The brief argued that Singerman could harm himself or others before his sentencing on January 27, 2022.

“The defendant appears to have a substance abuse problem, and his behavior is spiraling downward as he approached his sentencing date. Clearly, the defendant’s recent conduct shows that defendant could harm others or himself before his sentencing on January 27, 2022. While the sentencing is two weeks away, it is apparent that the current conditions of his release are insufficient, and that the safety of both the public and the defendant are at immediate risk,” the letter continued.

The prosecutors have requested the court to immediately revoke the bond. In addition to that, they requested to hold Aaron Singerman till his sentencing.

Why is Aaron Singerman facing a 13-year sentence in federal prison?

Before founding RedCon1, Aaron Singerman served as the CEO of supplement company Blackstone Labs LLC until May 2016. Co-founder PJ Braun took over the position and served as the CEO until 2018. Singerman continued to receive monthly income as the co-owner during this time. Based on affidavits from a special agent from FDA’s office, authorities secured a warrant from the magistrate. Following this, authorities searched the premises of Blackstone Labs and Ventech Labs (Blackstone’s contract manufacturing partner). Based on the findings of the search operation, the U.S. Department of Justice filed a 14-count grand jury indictment in 2019 against the defendants for selling illegal substances.

Aaron Singerman and PJ Barun have pleaded guilty to conspiracy to distribute controlled substances and to sell unapproved new drugs. As a part of the plea agreement, Singerman agreed to forfeit the proceeds of his crime before the sentencing.

Aaron Singerman, REDCON1's former CEO, broke his silence to the public as he shared an account of his transition from...