New York based rapper Action Bronson details his journey from +380lb, down to 250lb 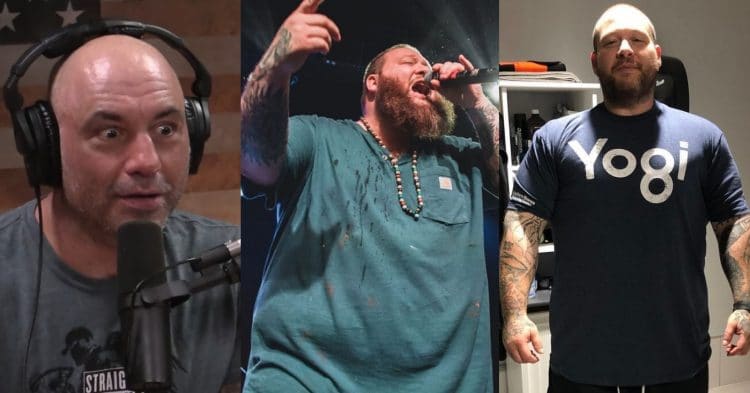 Over the last year or so, rapper Action Bronson has undergone an insane weight loss transformation. He recently made an appearance on the Joe Rogan Experience to discuss this journey, and why he decided to make a change.

Bronson, real name Ariyan Arslani, is a man of many talents. Not only is he a prominent rapper, but he started off as a chef before transitioning to music, and also dabbles in the world of painting.

One of the trademarks of Arslani was his larger than life figure that was displayed through a bit of a rotund physique. If it is true when they say to never trust a skinny chef, then he must have had the faith of many who he cooked for.

However around March of last year, Action Bronson decided that it was time to make a change. So he started working out, dropping weight, and living a much healthier lifestyle, inspiring everyone who was watching him go through it.

This was something that he decided to open up about, when he made an appearance on JRE. Here, he spoke to Joe Rogan about what made him decide it was time to start shedding pounds, and make the changes in his life.

“It was a long time coming. I’m happy that it happened now, because if it didn’t happen it would have been something else. I would’ve been in the grave or somewhere else. Who knows where they would’ve put me,” Bronson said.

“I’ve been fat my whole life. I’ve been thinking about losing weight for a long time, for probably about 30 years… (I was about) 380-something. It was despicable. I didn’t look it though, I looked about 350. A f—king round ball, a meatball. I was a meatball,” he said.

At the end of the day, it was a bit of fat shaming that led Bronson to make the decision to start changing. He and Joe Rogan agree that this is not the most ideal way to make someone change their habits, but there are some people that need to be shamed into losing weight, and he was one of them.

After the birth of his child, Action’s wife spoke to him about the way he was living his life and it made him see things differently. He realized that he wanted to be around as long as possible for his child.

“You have to shame me. I was shamed into this for sure… I started losing weight by myself, in my house, literally during the pandemic just eating different,” Bronson said.

“My wife, she was shaming me. The issue was we have a brand new child. She was like ‘The f—k you doing? You want to be around here for our baby? Do you want to take yourself away from us?’ and that s—t hit, it hit hard.

“Not only that, but I love life. There’s no doubt about it. I’ve been going so fast for the past ten years that I haven’t really enjoyed myself,” Bronson continued.

Action Bronson said that he knew that there was more to his decision to be healthy than just losing weight. He said that he could have chosen to get surgery to remove the fat, if that was all it was for him.

However he knew that was never on the table because to him, it was about taking control of his life back. He did not want to cut any corners or take shortcuts to reach his goals.

“This slowed me down, it allowed me to spend every moment with my brand new child. It was something that I didn’t know I needed, but I needed it,” Bronson said.

“I didn’t want to just lose weight. People can get the surgeries and all that s—t, that ain’t for me. I’m a worker. I like hard work… I would never do that. That was just never in my cards. That was never for me. Hell no, because I knew I did this to myself. I had to fix it and I’m dedicated.”

It goes without saying that the transformation of Action Bronson has been an inspiration to see. He has put in the work to make substantial changes in his life, and seems motivated to keep them up.