Giants Live will be hosting a World Deadlift Championships where they will offer a $50,000 prize to anyone who can set a world record 505kg deadlift 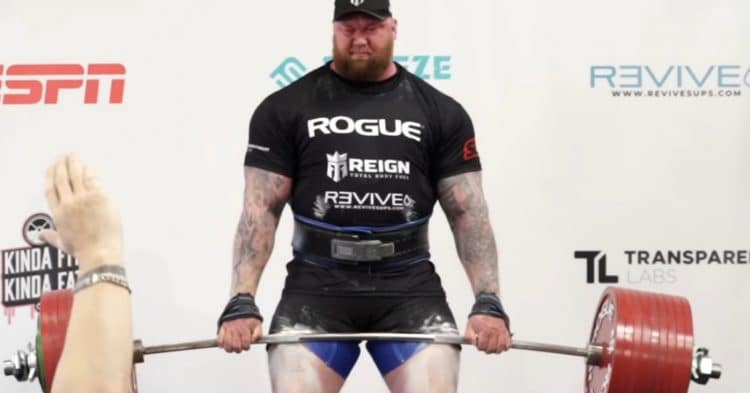 Do you think you have what it takes to deadlift 505kg and score a new world record? If so, Giants Live is giving you the chance to prove it and earn $50,000 in the process.

Giants Live is one of the biggest organizations for strongman competitions in the world. It has opened the door for some of the best in the world to come together and put their strength to the test.

Over the years, some of the best performances in strongman history have come from these competitions. The likes of Eddie Hall, Hafthor Bjornsson, Iron Biby, Magnus ver Magnusson and others have all made a name with their wins at these contests.

Now Giants Live is putting together a very special kind of contest, with a massive prize up for grabs. According to a post to Instagram, the UK based promotion will be putting on a Deadlift World Championship, which will run alongside their World Open contest.

Not only are they looking for some big deadlifts, but they have actually posed quite a specific challenge. If there is anyone in the world of strength sports who can deadlift 505kg and set a new world record, they will pay that athlete $50,000.

GIANTS LIVE are on the hunt for the next WORLD RECORD deadlifter. We’re offering $50,000 to ANYONE who can lift 505kg!

Think YOU can deadlift 505KG? Email [email protected] with a video of your lifts and why YOU should be invited to Giants Live WORLD OPEN + World Deadlift Championships”

The Giants Live World Open and World Deadlift Championships is scheduled for August 14th at the Manchester Arena, in England. Athletes who feel capable of scoring the 505kg deadlift are encouraged to step up and give it their best shot, by auditioning through email.

If successful, this would be an insane new world record. Any athlete that can do so, would surpass the previous record that Hafthor Bjornsson set last year, when he pulled 501kg, beating Eddie Hall’s record of 500kg.

There have been a few people that have attempted to break this world record since Thor did it, but none have been successful. However with a whopping $50,000 on the line, Giants Live could bring out a wide array of athletes with a ton of motivation to get the record and score the cash prize.

Do you think anybody will be able to pull 505kg for this World Deadlift Championships?