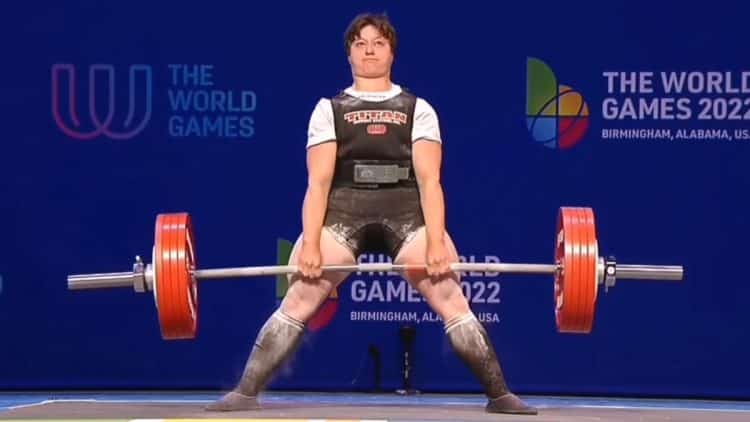 It was clear that Agata Sitko is a generational talent when she managed to put some pressure on Jessica Buettner at the 2022 IPF Worlds one month ago. However, her record-breaking performances aren’t slowing down, which leaves more and more fans in awe. This time Agata dominated the 76-kilogram weight class at the powerlifting part of the 2022 World Games. A competition is being held in Birmingham, Alabama, from July 7-10.

Agata Sitko missed four attempts, which is pretty unusual for her. She even missed her first two attempts on the bench press, so she definitely felt some pressure on the final one. However, Agata kept her cool and even broke the World Record. Furthermore, all three of her Open IPF Records are also records in the Juniors division.

This was Agata Sitko’s 14th powerlifting competition and her eighth victory in the three years that she has competed. Agata’s resume is comparable to those of athletes with significantly more experience, despite the fact that her career is not that long. She has many World Records under her belt and now regularly takes part in the most prestigious competitions.

Courtesy of GOODLIFT! YouTube Channel, You can watch all of Agata Sitko’s lifts here:

Just one month ago, Agata Sitko almost beat Jessica Buettner, who was in probably her best shape. And now she moved to the Equipped division where no one was able to rival her. Considering just this, Agata Sitko will probably dominate the powerlifting world soon.