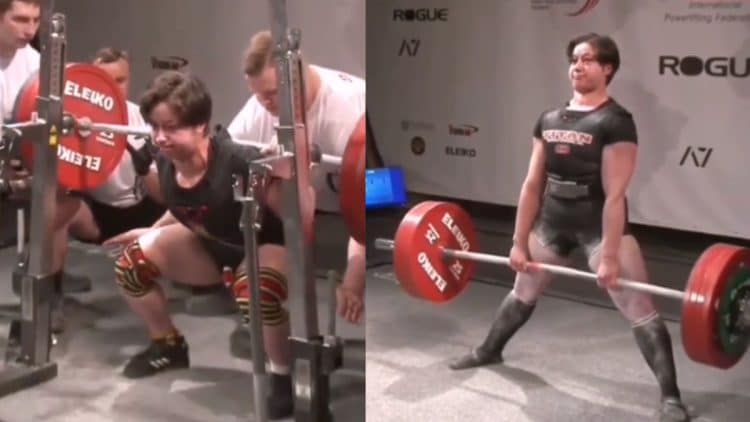 A few rising stars in the sport of powerlifting have surprised everyone in recent times, but it seems like no one has been as dominant as Agata Sitko. Agata competed at the 2022 EPF European Open, Junior & Sub-Juniors Equipped Powerlifting Championships. The competition took place on May 3-8, 2022, in Pilsen, Czech Republic. After comfortably winning the 84-kilogram weight class, Agata Sitko also had the highest IPF GL score across all weight classes, which means that she was the greatest female lifter in the Junior division.

You can watch her full performance here:

At only 19-years-old, Agata Sitko has already had a few impressive performances and claimed multiple World Records. She started her career in 2019 and tallied up ten sanctioned competitions since then. She won five of them, mostly in the 76-kilogram weight class. Agata also holds the IPF Junior Deadlift & Total Equipped World Records in the 76-kilogram weight class. A second-place finish in the 2019 Polish Classic Powerlifting Cup launched her career.

Agata Sitko said that she was “9 weeks out”, meaning that she plans on stepping on the powerlifting platform quite soon. It is unclear what that competition will be, but Agata will most likely come out victorious in that as well. Her powerlifting career started a few years ago, but she’s hitting her stride lately.

Ten Ways to Boost Your Deadlift