It was almost a new European Total Record for Agata Sitko, but close misses on the bench and deadlift cost her the record. 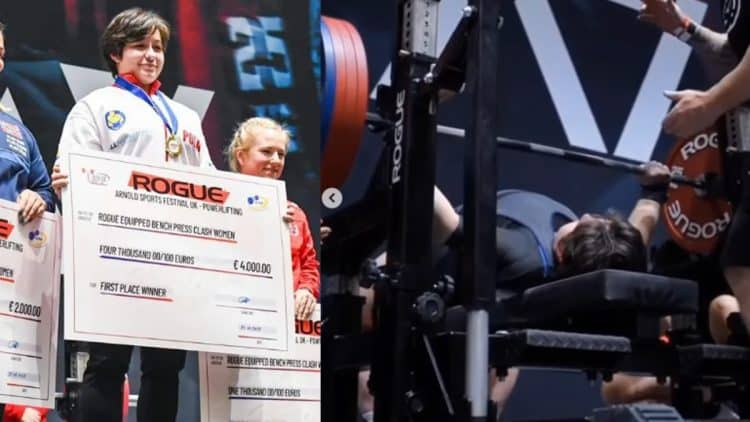 Agata Sitko has had her foot on the gas pedal throughout the entire year, as she took part in nine sanctioned powerlifting competitions. Most recently, she competed at the 2022 EPF European Classic Powerlifting Championships, which took place from November 25th until December 4th, in Skierniewice, Poland. Agata decided to compete in the 84-kilogram weight class and managed to win the competition despite the fact that she didn’t score any new PRs or records.

Agata Sitko’s Total 582.5-kilogram (1,284.2 pounds) is exactly the same as the current U84KG European Record. That record was also set by Agata at the 2022 IPF World Junior Classic Powerlifting Championships earlier this year. So, Sitko was very close to setting a new European Record.

Agata Sitko weighed in at 79.68 kilograms (175.7 pounds) for the 2022 EPF European Classic Powerlifting Championships. She attempted to set multiple records, but was ultimately unsuccessful in completing four out of her nine attempts. If she was successful in her final bench press or deadlift attempts, Agata would have walked away with a new record.

This was the 19th sanctioned competition for Agata Sitko and her 13th career victory. Given that she has only been competing for two years, her statistics are amazing Agata won multiple World and European Championships in both the 76-kilogram and 84-kilogram weight class. Being able to compete in both raw and equipped competitions makes her a very diverse athlete.

Agata Sitko posted an image of her training session on her Instagram story, indicating that she has already returned to the gym. In spite of the fact that Sitko won the title at the 2022 EPF European Championships, she is likely to break some records in the future, and she has plenty of time to accomplish this goal.