Both athletes finished on the podium after day one of the Pan Am Championships! 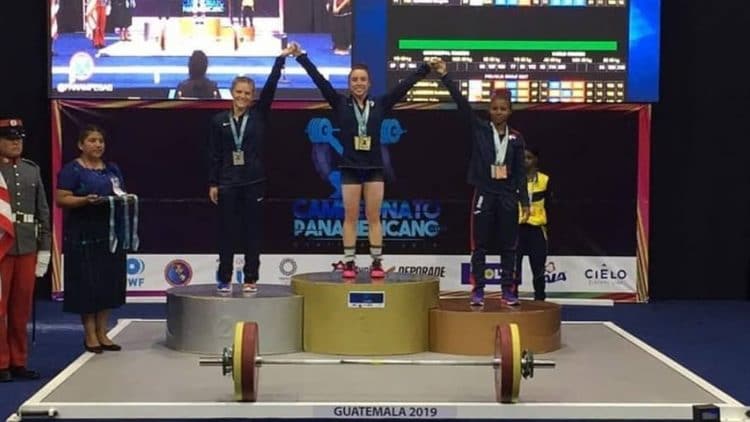 Team USA went into the Pan American Weightlifting Championships with a mission, and it showed as both found a spot on the podium after the first day in Guatemala City, Guatemala. Alyssa Ritchey finished at the top to win gold and Morghan King was a runner-up in the 49kg weight class but the U.S. team won five medals in total after just the first day of competition.

But Ritchey didn’t just win gold as she actually set four records winning all six events to get the convincing victory over the rest of the weight class.

Ritchey was thrilled to have performed much better than she expected after achieving a 190kg total and even told USA Weightlifting… “I thought 190kg would maybe happen at the end of 2019,” Ritchey said of her total. “I still can’t believe I did it, I’m in awe.”

Her 107kg clean and jerk set a new American record but she explained how she’s been struggling with her snatches leading up to the competition stating… “I was really in my head. I changed my mindset and decided to have a blast and be who I am in training. I’m going to let these girls see who I am. I’m a good athlete, I came here to dominate and that’s what I did.”

On the other hand, Morghan King placed second in the clean and jerk with a 102kg lift and 6th with a 78kg snatch; which earned her sixth overall but she won a bronze medal with her total of 180kg.

The Pan American Championships is a gold level qualifying event for the 2020 Tokyo Olympics so athletes are pushing themselves to the limit and putting it all on the line.

Congratulations to Alyssa Ritchey and Morghan King for their podium finishes on the first day of the Pan American Weightlifting Championships.