Will Antoine run away with the Toronto Pro? 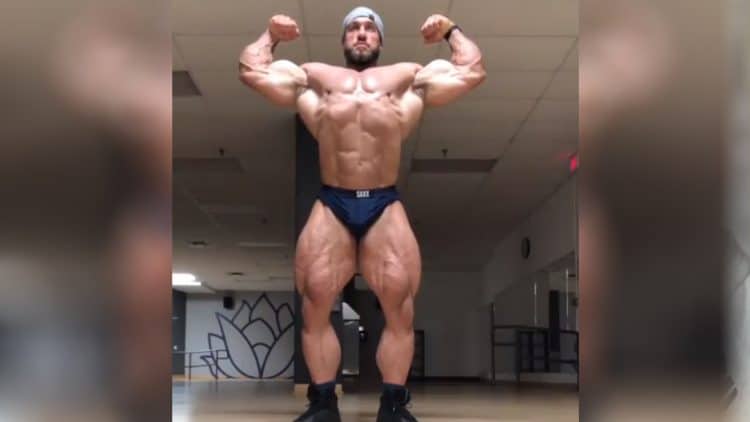 The Canadian bodybuilder and fitness model came into 2019 looking pretty darn good and as he prepares for the 2019 Toronto Pro, he’s looking leaner and more massive than ever 5 weeks out from taking the stage. His recent Instagram posts show his insanely vascular physique as he gets closer to competition and it’s fair to say he has a solid chance at taking home the trophy.

Now, Vaillant earned his pro card back in 2012 but it’s obvious that he’s been climbing his way through the ranks slowly but surely.

So, it’s now or never for him to make a statement if he wants to compete at the 2019 Mr. Olympia competition…

Vaillant explained in this post that his goal for 2019 is to get a pro show win and compete at the Olympia alongside the best of the best!

Here’s a little bit of posing from the big guy… what do you think?

He’s looking insane in a late night photo with good lighting displaying his physique which he describes as  “depleted”.

…And here’s some more posing

Do you think Antoine Vaillant can win the Toronto Pro with his current physique?

Popular Men's Open competitor Antoine Vaillant revealed that a heart issue prevented him from competing in the sport of bodybuilding...

Canadian IFBB Pro Antoine Vaillant has grabbed headlines after revealing a mysterious health issue. The bodybuilder explained in a recent...

It is not uncommon for elite bodybuilders to spend some time in the hospital, dealing with some injuries. The recent...

YouTube fitness star Jujimufu, aka Jon Call, has been grinding hard to prepare for his bodybuilding debut next year. In...