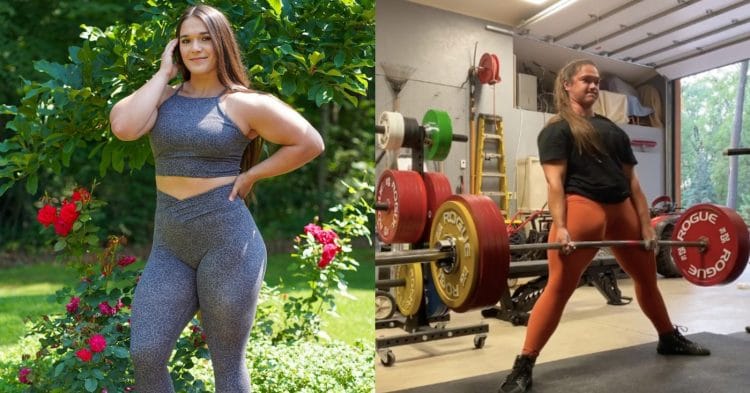 As one of the best powerlifters in the world today, Amanda Lawrence is no stranger to having insane deadlifts. She recently scored another one in the training room, which nearly beat her personal best in competition.

Primarily Lawrence is known for her insane skills when it comes to the squat, always bringing a level of technique and strength to this lift, each time she does it. That has led to some insane performances over the years, which culminated with her scoring the world record in her division, squatting 256kg last November.

Now the 84kg powerlifting is back at it, only this time it is with her second best lift: the deadlift. In a recent post to her Instagram, she could be seen hitting a huge 253kg (558lb) deadlift, as well as three sets of 225kg (496lb) for five reps.

“chipped my World Record Deadlift on a Wednesday 🤪🐫

As Amanda alludes to in the post, this 253kg pull came insanely close to the world record deadlift she scored in the 84kg weight class, when she hit 260kg in that same Gainsgiving meet that saw her get the squat record. This means she was just seven kilos shy of her competition best, during an average training session.

The last time Amanda Lawrence competed was at the USAPL Raw Nationals in June, and at this meet she only did two deadlift attempts. The second was a 255kg pull that she hit effectively, which was not quite her record, but still strong enough for her to win the meet.

That said, she is still working to improve her entire game, which includes bench and squat just as much as the deadlift. In fact, when it comes to the squat, she was recently able to hit 245kg in training, which was a lift that she missed at the aforementioned Raw Nationals.

At just 24 years of age, there is still a lot of room for Amanda Lawrence to grow, and in turn improve upon her world records. With this type of work in the gym, it is safe to say that she is doing her best to make sure that happens.

Initially Amanda was going to compete at the IPF Worlds about a month from now, but with disagreements between the IPF and USAPL forcing athletes from the USA to be unable to compete, it is unclear when she will be on the platform next. Whenever it is though, you can bet that it will be an incredible performance.