Amanda Lawrence continues to work on improving her skills with a strong squat performance on the high bar. 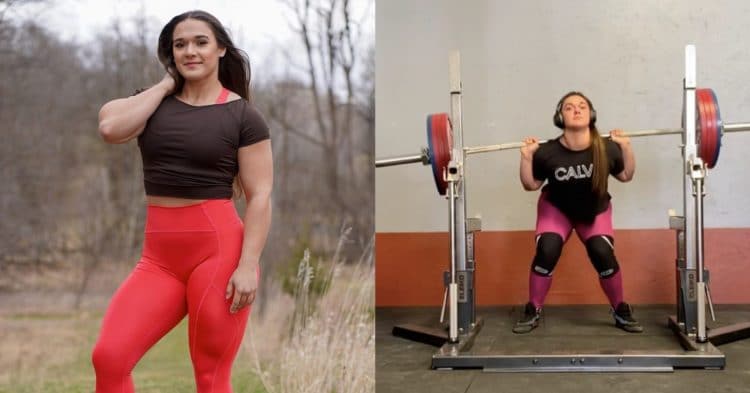 It can already be said that world record holding powerlifter Amanda Lawrence is a force to be reckoned with in competition. However she is still working on leveling up her skills, and hit a new personal record along the way.

When it comes down to it, there are few people who contend with the skills that Lawrence possesses, especially with the squat. She has shown time and again that, as far as 84kg powerlifters go, she is unrivaled in this particular field, holding the world record for the squat.

Aside from just the squat though, Amanda has been doing a ton of amazing things over the course of her just 5 year long career, rarely tasting anything but first place. With November being her last contest, fans are buzzing to see this young talent back on the platform.

That time will be coming soon, as Amanda Lawrence plans on competing at the USPA National Championships, in San Antonio, Texas, on June 3rd-6th. With six weeks to go until the contest, her prep has been going according to plan, if her recent updates are any indication.

The most recent post that she shared to Instagram sees the 24-year old landing a new personal record with the high bar squat. This came after she did three sets of a 474lb (215kg) squat for five reps.

This was an impressive performance from Amanda, and it will help to increase her squat skills with the low bar, the heavier she can go. So to see her hit these types of numbers here, means that there should some improved performances in competition.

However it is not just the squat that Lawrence has been working to improve upon ahead of this competition. She has also been working to make gains on her bench and deadlift too, as her previous training update demonstrated.

Considering the fact that Amanda Lawrence was only able to compete one time in 2020, she is hoping to get back to the regular schedule that she is accustomed to keeping. Hopefully the first stop at this will be in six weeks, and she will be able to have an active year in 2021.

Not only that, but one can only hope to see her keep on the trajectory of improvement that we have seen from her with every outing. It seems that she is exponentially getting better, and it is always a pleasure to see her compete.