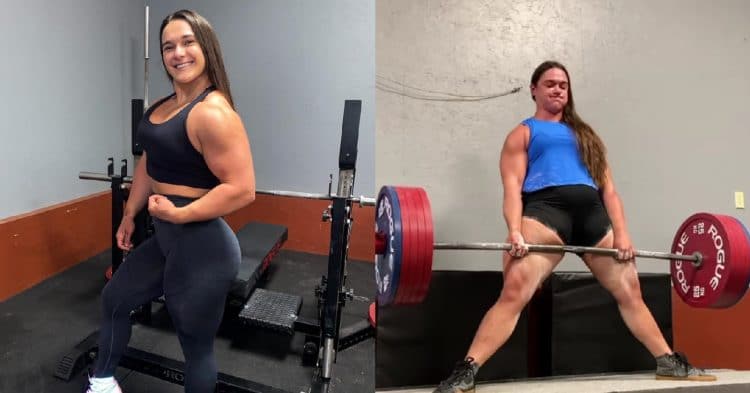 At just 23 years of age, Amanda Lawrence has already established herself as one of the elite powerlifters in the 84kg division. However she proved recently that she is still improving, and has a long way to go before she reaches her peak.

Most of the time when we talk about Amanda, it is because she is usually hitting some crazy squat numbers. The last few months have seen her slowly pushing her totals higher and higher, with each lift showing the same level of perfect technique. Most recently she was seen tearing the doors off of a massive 573lb squat, doing it with ease.

However the focus of our attention today is not the squats of Amanda Lawrence, but instead the deadlifts. Although she has been no stranger to impressive pulls, her recent post to her Instagram saw the young lifter scoring a big 573lb deadlift, while weighing 189lb. For those keeping count, this is more than three times her bodyweight!

That was definitely no easy pull, but Amanda has seemingly been putting a lot of focus into her deadlifts over the last few weeks. Here she is a few days earlier, deadlifting a strong 562lb for a top single. There is no doubt that this work led her to the successful deadlift that she landed recently.

For someone as young as Amanda Lawrence, there is likely still a long time before she peaks in the sport. That being said, she is still able to put together performances in the gym that show that her skills are gradually improving. She has not competed since last October, so in all likelihood she will look like a completely different lifter the next time she chooses to compete.