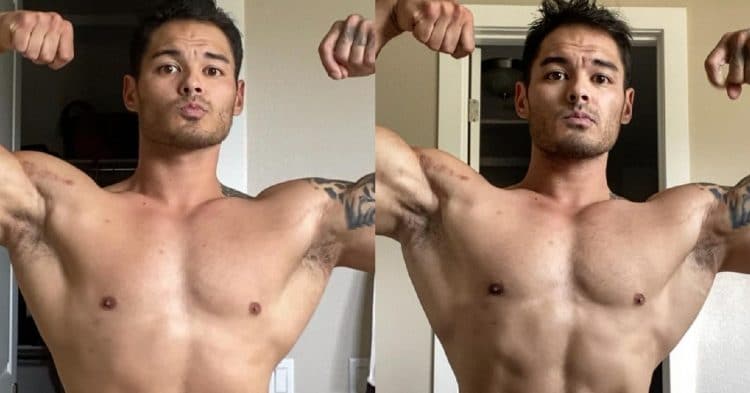 Some might think that Jeremy Buendia has already seen his physical prime. However he showed recently that he is still able to find new ways to improve and get better.

The amount of talent that Buendia has shown over his career as a Men’s Physique competitor has been next level. It was this skill that earned him four straight victories at the Olympia. Not only that, but he has done all this before the age of 30.

Some would say that considering the decline in his recent performances, Jeremy Buendia may have reached his peak already. However he took to his Instagram recently to show that he is still capable of growing and improving, and that he is still looking solid. Apparently while using his own fitness app, the 29-year old was able to put on some muscle, while leaning out, all in just three weeks time.

“3 weeks between pics…body is finally starting to make some changes.
–
Leaner and I’m up 8lbs. Lots more work to be done, but I feel that the momentum has built up and I’m going to be changing drastically by the week!
–
Haven’t felt this focused in a long time & My body actually feels GOOD”

Over the last three weeks, Jeremy has really stepped things up, and looks good. However this is a product of more than just three weeks. He said himself that he is more motivated than he has been in a while, and his results are a testiment to that.

Initially it was the plan for Jeremy Buendia to compete at the 2020 Mr. Olympia. Although that is out the window, he does look like he is itching to make a return. It will be exciting to see how he looks upon his comeback, but if this is any indication, he will likely look like a beast.