The 7x Mr. Olympia champion has partnered with Dany Garcia of TGC Management in hopes of creating big things! 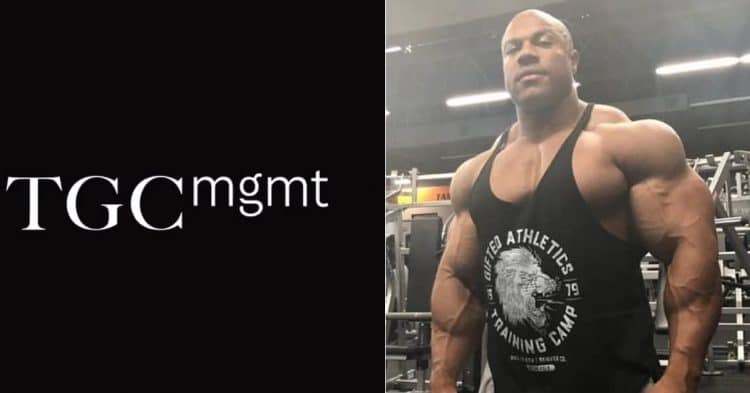 The 7x Mr. Olympia champion Phil Heath is looking to extend upon his legacy, recently announcing that he’ll be partnering with Dany Garcia of TGC Management and Athleticon; which will feature the best in wellness, athletics, inspiration, and entertainment.

The upcoming inaugural Athleticon event is the brainchild of film producer Dany Garcia and film superstar Dwyane ‘The Rock’ Johnson; which will take place on October 10-11 in Atlanta, Georgia. It hopes to rival the Olympia and even the Arnold Sports Festival which is exciting but let’s hope it lives up to the hype.

Although, with a huge name like Phil Heath recently being added to their brand roster, we’re excited to see what else they have planned.

Heath recently posted a message on Instagram about the new partnership and he’s thrilled to be able to have such an opportunity which will only add to his legendary legacy.

“This is where the new chapter begins. I’m grateful to @DanyGarciaCo and her team at @TGCMGMT for welcoming me and believing in the legacy I hope to build. This is a partnership where anything is possible.”

“Legacy is not stagnant. It is not just about what you have done but about who you will be and what is yet to be accomplished.  @TGCMGMT is thrilled to welcome #MrOlympia legend @PhilHeath to our elite brand roster. Congratulations to all on this amazing partnership! Here’s to evolution, expansion, and impact!“

“Today we welcome @PhilHeath to the @TGCMGMT family! We know and love Phil as a 7x @MrOlympiaLLC champion, and the greatest athlete in the world of bodybuilding. Now, we look forward to expanding his legacy and global impact through entertaining and exciting opportunities ahead. Let’s get to work!“

There’s surely plenty of excitement to go around and this news comes not long after we learned that AMI sold the Olympia and Muscle & Fitness to Wings of Strength founder Jake Wood who plans to do big things himself.

But the question is, will Phil Heath compete at the Athleticon event dubbed the ‘Icon World Classic’ instead of the Olympia which will take place a month earlier? There’s speculation from sources that it could be a possibility although not confirmed. Although, he hasn’t confirmed anything yet as far as him competing. But last year he did say he’d hope to make a comeback to the Olympia in 2020 but he’d had to be marketed better than he was in 2018.

Heath won the Mr. Olympia competition for seven years straight before losing in 2018 and he did not compete last year. He only needs one more win to tie Ronnie Coleman and Lee Haney for most Mr. Olympia titles ever. But most recently, it has seemed as if he’s more interested in his business ventures and traveling. Although that doesn’t mean he won’t come back.

The 2019 Mr. Olympia didn’t have the best lineup which could have been a factor too as he’d likely want to come back and beat the top guys, who weren’t there last year.

So, we’ll just have to be patient to see how it all unfolds but it shouldn’t be long before we have more details on Phil Heath’s plans.