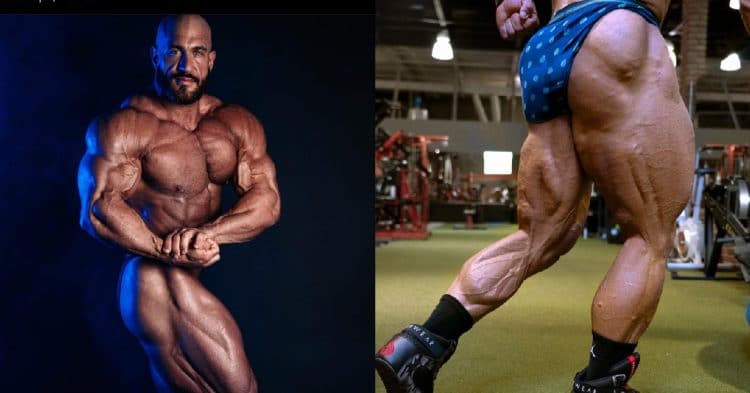 Heading into this weekend’s IFBB New York Pro, Antoine Vaillant is considered to be one of the major favorites to win the show. He gave one last look at his legs before the day of the event, and they are mind-blowingly massive.

Despite there being a bit of a shakeup on the location of the New York Pro, fans are excited to see the competitors take the stage. There are a ton of bodybuilders competing, and the Open Division in particular has a ton to offer in terms of variety and skills. The variety of participants ranges from Olympia veteran Patrick Moore, all the way to longtime competitor Maxx Charles.

Of all the ultra skilled athletes who take the stage in Tampa, Florida this weekend, the one that fans might be most excited to see is Antoine Vaillant. He has been looking insane lately, after getting back in shape following a lengthy layoff due to injury. Every update that he has provided over the last few months has done nothing but add fuel to those who believe he will be able to walk away from the New York Pro victorious. Just one day before the contest, he took to his Instagram to share a final update on his legs, and this just kept up the trend of previous photos by displaying how shredded he is for the competition.

“Just a cool shot @mariahdontcarey____ took yesterday. Can you guys believe we are 1 day out today? 🤓”

First and foremost, those are absolutely enormous thighs! Not only that, but Vaillant has super shredded and vascular calves to boot, balancing out his legs. Everything here looks really well defined, and he seems more than ready to step on stage and bring a complete package.

It is more than just the legs that Antoine has been building, too. Just a few days before this final update, he shared a video of him working his arms as well, by knocking out some preacher curls. Before he did that though, he took a few seconds to flex for the camera, and show how jacked his arms are looking.

This will be the first time that Antoine Vaillant has stepped on the stage in two years. However he does not seem rusty or intimidated in the least. In fact, he seems hungrier than ever for the New York Pro, and even plans to make a quick turnaround to compete at the Cali Pro the following week. Time will tell how he ends up looking when he steps on stage, but it would appear that he is giving it his all.