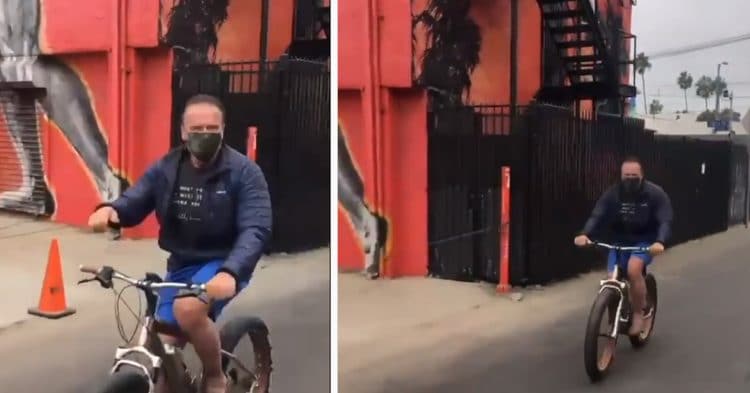 You don’t become Mr. Olympia seven times by shying away from life, and that is the message that Arnold Schwarzenegger is giving this week as he goes on his first bike ride after open-heart surgery. It’s no small thing. The dude is 73 and has had multiple procedures on his heart in his lifetime, and his last heart surgery was less than two weeks ago.

That’s not just about digging deep, it’s the spirit of a Terminator.

“I just went on my first bike ride since my heart surgery, and I’m feeling good.”

I just went on my first bike ride since my heart surgery, and I’m feeling good.

His followers were so proud and excited for him, in the way you are when someone you care about survives heart surgery and then goes bike riding.

“My motivation since Day 1.”

Fans also told him they were “so glad” he was doing well, and “Keep it up, Sir!”

The last bike ride he shared with his followers was on October 12. It’s an exercise he likes to do regularly, and bikes throughout his neighborhood to nod to friends or neighbors.

That was just days before his October 23 open-heart surgery. He posted his post-surgery pictures and reported he was feeling “fantastic.”

“Thanks to the team at the Cleveland Clinic, I have a new aortic valve to go along with my new pulmonary valve from my last surgery. I feel fantastic and have already been walking the streets of Cleveland enjoying your amazing statues. Thank you to every doc and nurse on my team!”

Thanks to the team at the Cleveland Clinic, I have a new aortic valve to go along with my new pulmonary valve from my last surgery. I feel fantastic and have already been walking the streets of Cleveland enjoying your amazing statues. Thank you to every doc and nurse on my team!

Prior to that, Arnold Schwarzenegger had undergone multiple heart procedures. We know there was an emergency surgery in May 2020, and it was one wherein he nearly lost his life.

After that surgery, and every other, his most common question is, “When can I get back to working out?”

During that surgery as we previously reported he said he woke up 16 hours later, as opposed to the originally suggested four hours. He was expecting a non-invasive procedure, but due to complications, the surgery went longer.

Prior to that, Arnold Schwarzenegger had undergone surgeries in March 2018 and also in 1997.

This is a guy who began lifting weights when he was 18, became Mr. Universe when he was 20, and conquered Mr. Olympia seven times. He won Junior Mr. Europe in 1965. What else is there to win at this point?

Not much, so he became commemorated in the Arnold Classic bodybuilding competition. And he enhanced his inspirational prowess by becoming Governor of the state with the most electoral college votes.

That success came after a crushing biography of film work. He’s won a Golden Globe for Stay Hungry in 1976 and became an icon in the Terminator series which are considered among the highest-grossing films of our time.

The Terminator survived. And he’s on a bike ride today.