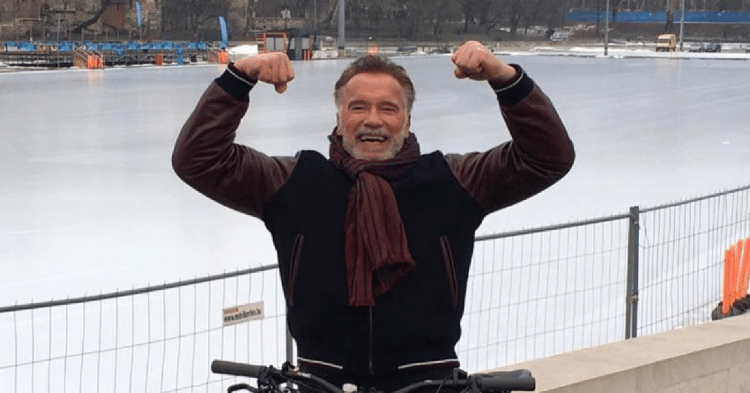 Arnold Schwarzenegger has quite the major health scare recently. Now he opens up about what that situation was like for him, in an incredibly honest and vulnerable interview.

There are very few people who have had the same impact on sports and pop culture, in the way Arnold has. If you are talking about his successes, you can easily mention his long reign as Mr. Olympia, just as easily as you can refer to his lengthy career at the top of Hollywood action charts. For the better part of half a century, the Austrian-born legend has left an insane legacy behind.

If the bodybuilding world has learned recently, anything can happen at any time, that results in a legend like Arnold Schwarzenegger losing their life before their time has come. This nearly happened to the 72-year old relatively recently, when he was forced to have an emergency open-heart surgery. It was terrifying news, that seemingly came out of nowhere.

Now, for the first time since this scary incident, Schwarzenegger has decided to really open up. Speaking recently to graduates who have had their graduations altered due to the current global health crisis, he explained that this will be far from the biggest obstacle they will face in life. Regardless, it is important to push through, just like he did when he almost died.

“Let me tell you a brief story about the biggest obstacle that I faced just two years ago, literally four months before shooting Terminator 6: Dark Fate. I got a physical. I went to the doctor, he checked me out. That’s what you do before you start a movie. The doctor says ‘You’re in great health, but I would recommend that you go and replace your heart valve. It’s leaking blood.’

So I said ‘Well I’m not going to have open heart surgery now, four months before shooting Terminator. Are you crazy?'”

Arnold goes on to explain that the doctor convinced him to try a noninvasive procedure that would allow him to get back to training for the movie in about a week. At first he was hesitant, but he remembered a producer he knew who got the same procedure done, so he agreed. However things did not exactly go according to plan.

“When I woke up from the surgery, I woke up 16 hours later, instead of 4 hours. There was a tube sticking out of my mouth, and then the doctor moved forward and ripped the tube out of my mouth. I was coughing violently, and he says ‘Just keep coughing and then let us tell you what happened.’

They told me that they had to do an emergency surgery, that something went wrong during this kind of noninvasive procedure, then it became very invasive. They said they broke through the heart wall, and there was internal bleeding and I could have died if they didn’t open up my sternum and do open heart surgery. So imagine: the day before I was in the hospital, I was training really hard for Terminator 6, and now all of sudden they’re telling me that they saved my life.

“Then he goes on and says ‘You’re not out of the woods yet. There’s a lot of danger, there’s still patients in our heart unit here that, after surgery, they pass away and die, not because of the heart surgery, but because of the lungs. They get pneumonia. So we are really worried about you getting pneumonia.'”

After this, the doctor gave Arnold Schwarzenegger some breathing exercises to do, in order to help protect him from pneumonia. He said that he started doing these exercises, with the goal in mind to be shooting the film on schedule. So he followed all the steps, counting each small victory, and sure enough he was able to make it to the set in time.

“Now the reason I’m telling you this is because, no matter how successful you are, life will throw obstacles in your path. Like with my heart surgery, or like with your graduation now. But if you have a very clear vision of exactly what you want to do and who you want to be, you can find a way around all of these obstacles.”

This was an incredibly inspirational message from the great Arnold Schwarzenegger, to this younger generation that is struggling right now. No matter how difficult life can get, with the proper focus you can overcome anything.