The Oak reminisces about his friendship with the late Franco Columbo and shared a little about how he benefited from lifting heavy weights. 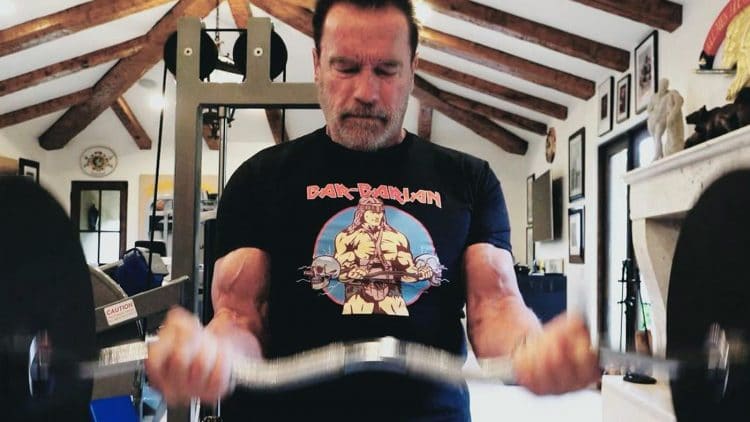 The iconic Arnold Schwarzenegger celebrated his 74th birthday on Friday. He sent out one of his monthly newsletters where he shares recent life events and more with his subscribers. The bodybuilding legend told of a few funny stories with the late Franco Columbu and Ed Corney, revealed his all-time max bench press, and talked powerlifting training.

The action movie star and former California governor said that his heaviest bench press was an impressive 525 pounds.

“In those days, that was a big lift,” he explained in the newsletter. He also mentioned winning powerlifting competitions in his younger days.

While bodybuilding was his focus, Schwarzenegger would include a powerlifting workout once a week and it no doubt helped his bodybuilding progress. 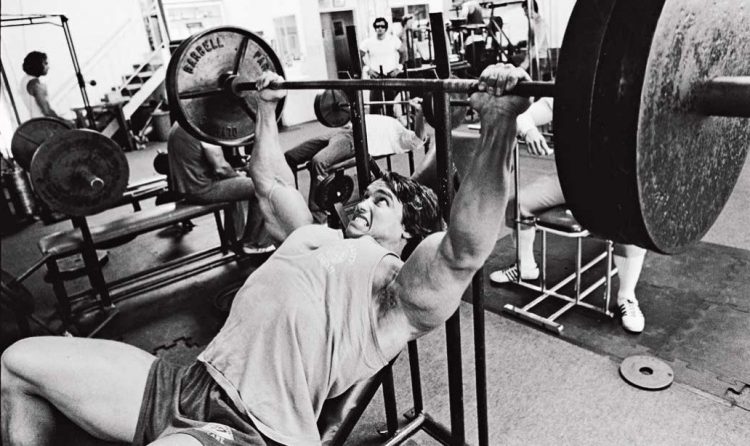 On heavy training days, The Oak would work up to 495 lbs to determine his 3-rep max which varied from workout to workout.

Performing low reps using heavy resistance would accustom his body to handling a lot of weight. This is also common knowledge and the best way for anyone to make strength gains.

But it can also have a lot of carryover to muscle gains because there’s a connection between strength and muscle growth progress. That’s probably why Arnie was an absolute monster!

“I would do 5-8 sets of 3 reps. It was a way to get my body used to lifting very heavy. And then I would take off the weight so it was only 315 and do as many reps as I could, and then I was finished with my bench press.”

The 7x Mr. Olympia champion had a bench press max that was impressive even by today’s standards, but he was an exceptional specimen in his prime. 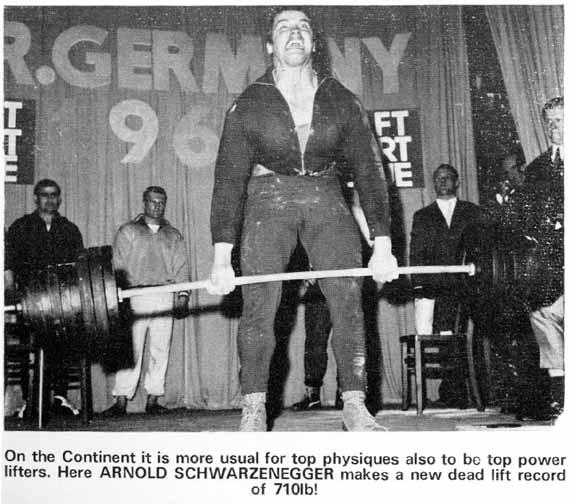 “There is a lesson in setting a goal and hitting it that has helped me all throughout my life, so if you’re young, set yourself some big goals and work on a sustainable plan to achieve them,” said Schwarzenegger.

He, like anyone who’s achieved any level of success, understands the importance of using failure as a learning experience to get better.

“What you learn is simple: failure is not losing, failure is part of growing. Before I lifted 500 pounds, do you know what I did? I failed to lift 500 pounds, not once, not twice, but tons of times.”

“One of the best lessons the gym can teach you is that failure is not an end – it’s a means to an end.”

He may be 74, but the Governator Schwarzenegger still lifts like a beast.

Related: Breaking Bench: What You Need to Know About the Bench Press