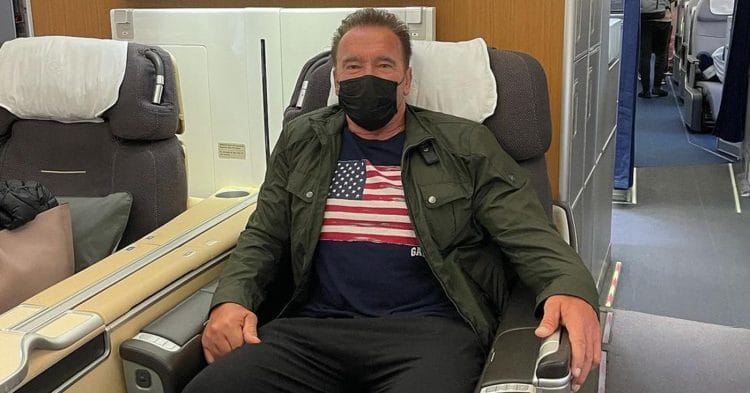 If you’ve stayed in the loop, you’re probably aware of the recent news involving a comment Arnold Schwarzenegger made in an interview regarding the Covid-19 crisis, that didn’t sit too well with some. Three words; “screw your freedom,” caused a bit of an uproar and it was also the reason that supplement company Redcon1 decided not to sponsor the upcoming Arnold Classic or other Arnold sports festivals.

The bodybuilding icon replied in the comment section to one of a few videos that covered the story on Nick Miller’s YouTube channel Nick’s Strength and Power. Miller played a longer version of the interview where Schwarzenegger made the statement, to give more context.

The former California Governor wrote the following comment under the video…

“Thank you for sharing the context. I think I am going to write in my newsletter this month about how we need to be careful in these days about being misguided by the internet. Sometimes I wonder if it is better to be uninformed than misinformed. I also wrote a column to give more of my thoughts on what I said that you can read here. https://www.theatlantic.com/ideas/archive/2021/08/schwarzenegger-schmuck-mask-vaccines/619746/”

In the column that he shared a link to, Schwarzenegger admitted that he might have regretted his choice of words, even if he still feels the same way about the situation.

“I’ll admit, calling people schmucks and saying “Screw your freedom” was a little much, even if I stand by the sentiment. But there is nothing that I’m more passionate about than keeping America great, and it’s the only subject that can make me lose my temper.”

The action film star knew he’d receive backlash for his statements, especially with the many different viewpoints on the topic. But he’s expressed concerns that he feels are more of an issue than being called a “nazi” or “communist”.

“I knew I’d be called a RINO, but that doesn’t bother me,” he said. “Honestly, rhinos are beautiful, powerful animals, so I take that as a compliment. I anticipated being called a Nazi and a Communist. But I’ve got thick skin stretched over my metal endoskeleton, so I knew I could take it.”

“But some of the responses really worried me. Many people told me that the Constitution gives them rights, but not responsibilities. They feel no duty to protect their fellow citizens.”

“That’s when I realized we all need a civics lesson. I can’t help but wonder how much better off we’d be if Americans took a step back from politics and spent a minute thinking about how lucky we are to call this country home. Instead of tweeting, we could think about what we owe to the patriots who came before us and those who will follow us.”

He then went on to talk about responsibility, and how “selfishness and dereliction of duty did not make this country great“.

“The Constitution aimed to “promote the general welfare and secure the blessings of liberty for ourselves and our posterity.” It’s right there in our founding document. We need to think beyond our selfish interests.“

You can read the rest of the article through the link.

Related: Brian Shaw Takes Down Poster of Arnold  Schwarzenegger From His Gym After “Screw Your Freedom” Comment

As for Redcon1 CEO Aaron Singerman opting to not participate at this year’s event in September, Brian Powers, Executive Director of the Arnold Sports Festival spoke to Muscle Insider about the issue.

“The Arnold Classic is the world’s most prestigious bodybuilding competition, hosted by its greatest champion” said Powers. “It is an annual celebration of physique and strength sports and a safe place for fans to come together and to celebrate their passion for the sport they love. Invited athletes train for years in hopes of receiving an opportunity to compete on the main stage at the Arnold Classic, and we unreservedly reject any attempts to politicize, dilute, cheapen, curtail, or otherwise harm this once-in-a-lifetime experience for athletes.”

Nothing changes in the plans to create an amazing Arnold experience as usual.

“We wish Mr. Singerman the best, and we look forward to giving our fans and athletes a world class experience in September, as we have for decades,” he added.

“We are proud to welcome @mutantnation to our family of sponsors for the 2021 Arnold Classic. Thank you for the support of our athletes and fans and for your commitment to the health and safety of all.”

A source close to Arnold also shared a statement regarding the sponsorships of the event.

“To be clear, there is no sponsorship issue with the Arnold Classic. We are appreciative of all of the companies and people that are working with us to support the athletes and fans that are looking forward to being in Columbus.”

They also made it clear that Arnold and the organization will pay travel costs for any Redcon1 athletes who want to compete.

“As always, Arnold will personally pay for the travel of athletes. If REDCON1 won’t support their efforts to compete in the Arnold Classic, we will make sure they have the chance to be onstage. This show isn’t political.”

The Arnold organization also just announced that Mutant Muscle going to be one of the sponsors for the event.

We’ll continue to keep you updated when and if we learn of any more details on the story.