The Olympia owner was extremely disheartened with the death of Women's Bodybuilding competitor Alena Kosinova and wants there to be less of an emphasis placed on conditioning. 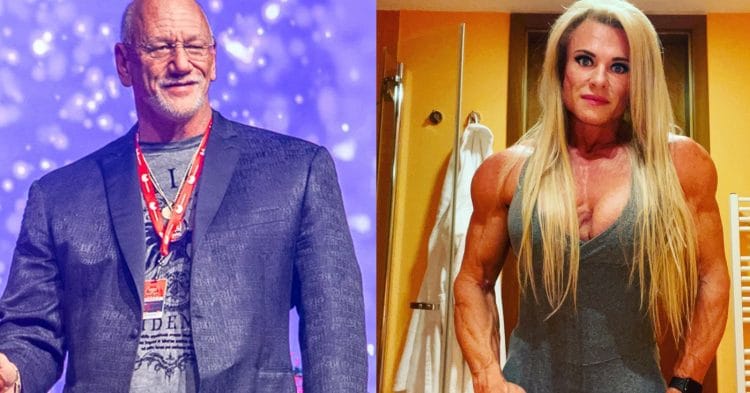 After Jake Wood bought out the Olympia last year, he promised there’d be lots of changes to the organization. Well, with the recent death of Women’s Bodybuilding competitor Alena Hatvani-Kosinova, he’s now trying to change how competitors are judged, to make it a safer sport.

Conditioning is a crucial part of success in bodybuilding and other categories that compete on stage. The term is used to describe the level of leanness, striations in the muscles, and vascularity.

The process requires strenuous manipulation of various physiological factors such as body fat, fluids, electrolytes, and glycogen. It can be very taxing on the body.

Well, more details came out regarding what happened before Alena passed away and the extreme demands of contest preparation may have been too much for her.

According to our sources, the Czech-born competitor fainted backstage as she was getting her last tan before posing on stage.

Staff helped her after she collapsed and she apparently tried to get back on her feet but could not and then was in and out of consciousness before becoming unresponsive.

The ambulance took between 45-60 minutes to arrive and it was not confirmed if she made it to the hospital before dying shortly after leaving the competition.

The 46-year-old competitor was going up against women much younger and the strain of having to be in stage-ready conditioning may have been too much for her. She’s apparently had Covid prior to last year’s Olympia and also suffered from cancer according to the sources.

Jake Wood apparently took to social media where he expressed his grief and desire to change things in order to hopefully prevent occurrences like this in the future.

It’s important to note that the following comment is not found on any of his social accounts, however, it was taken from the page this_is_bodybuilding on Instagram.

“I am deeply shaken by the loss of Alena. I am not one for empty words. Instead of making posts I’m making changes. I had a productive meeting with Jim and Tyler Manion this morning and we’re all sickened by this turn of events. We agreed that conditioning is overemphasized in the judging criteria and something must be done. I will push for change in all divisions.”

“Coaches and athletes play their part too. I will not say any more here as it may be counter productive. Criticize me and my organizations as you may, I don’t care. What I do care about is greater athlete safety.”

“With that said, I will admit that we’ve been slow to post a memorial. I am just dumbfounded by the meaning of this and am determined to prevent it in the future. I had utmost respect for Alena Hatvani. I want her passing to have meaning that lasts.”

This is all the details we have right now on Jake Wood’s statement and we’ll be sure to give an update when and if we learn any more information on the situation.

What do you think about Jake Wood wanting to change the judging criteria to place less emphasis on conditioning?