The action movie star will play Arnold Armstrong in 'Stan Lee's Superhero Kindergarten' plus he talks the flying kick. 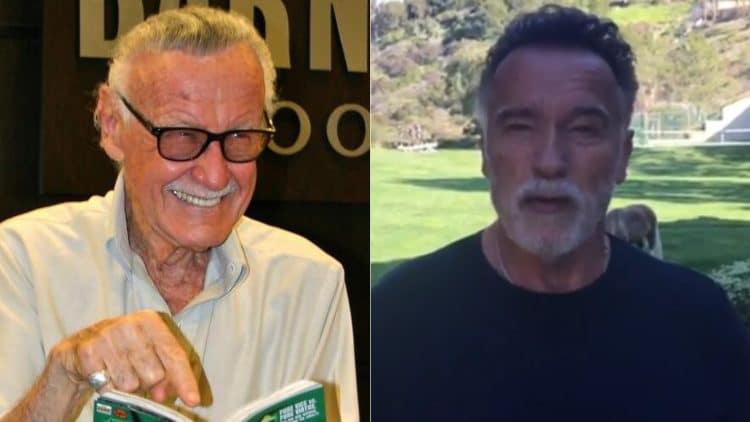 Arnold Schwarzenegger is always looking to further his already accomplished career, and whether he’s starring in the Terminator franchise, coordinating his sports festival events, or promoting his supplement company Ladder; there’s never a boring moment for the A-list celebrity and fitness icon.

Now, Schwarzenegger had a long time relationship with the superhero mogul Stan Lee, and the two used to get together frequently before Lee’s death last year, to discuss different projects. Well, Schwarzenegger sat down with the Business Insider for an interview to talk about Stan Lee’s final project; in which Schwarzenegger voices the character that the show is based on.

The show is called ‘Stan Lee’s Superhero Kindergarten’ and was created to be similar to the 1990 film ‘Kindergarten Cop’ where Schwarzenegger played Jon Kimble; a cop posing as a teacher whose job was to ward off some bad guys.

This animated show is about Arnold Armstrong, a retired superhero who teaches kids how to utilize their powers for good when they grow up.

The show isn’t attached to a platform yet but it should pick up interest as the Deadpool co-creator Fabian Nicieza is also a part of the project alongside Lee and Schwarzenegger.

In the interview with Business Insider, Schwarzenegger discussed the new project, the flying kick attack, and Terminator: Dark Fate.

“To me, it’s still kind of stunning. I thought some kid kind of tripped and fell onto me or something like that,” said Schwarzenegger. I almost didn’t feel it, it was kind of a push. And since then, everywhere I go people are asking if I’m OK. Thousands of people are writing to me. It’s pretty crazy the way this stuff works.”

“Oh yeah, years before his passing. It was a coincidence. We would get together every so often and talk about ideas and projects. And he asked me, “What is your ultimate dream project?” And I said beside doing more “Conan” and “Terminator” movies, the movie that I always wanted to do a sequel of was “Kindergarten Cop.” And he said that he loved that movie. I told him I would love to do more shows for the kids.

It was always difficult for me. When I was the action hero in the ’80s and ’90s, they wouldn’t allow me to do any comedy or anything for kids. They were like, “No, we know we are going to make money with you if you do action movies.” So literally for “Twins” I took no salary — I just wanted to give it a shot. And it just happened to be my first movie to make $100 million domestic. So they realized that it works, Schwarzenegger can cross over.

So I told Stan that story and that I was always frustrated that I couldn’t do more kids shows and cross over more. And there was a look in his eyes. I could see him daydreaming for a few seconds”.

Then Arnold talked about how Stan Lee took some time to come up with the show and one day they both agreed on the idea when Lee called him back to discuss the project further.

Schwarzenegger said it was his first animated TV show and also his first show geared toward kids but the series will also be fitness related. So, Stan Lee’s Superhero Kindergarten will be good for kids and it’ll also encourage taking action and being disciplined Schwarzenegger explained.

Each episode also features Stan Lee’s voice as a character in the series.

So, kids around the World will have a positive and exciting animated show to look forward too and we can’t wait to see Stan Lee and Arnold Schwarzenegger’s awesome creation.

As one of the most successful bodybuilders to ever grace the stage, Arnold Schwarzenegger is a man of many talents....