The bodybuilding legend is no stranger to being vocal!

Robby Robinson seldom has a filter when he speaks his mind, but if you combine this fact with the criticism 7x Mr. Olympia Phil Heath receives about his gut, well… it gets interesting.

Now, the recent post from Heath’s girlfriend Shurie which hinted the possibility of a comeback, of course, received many comments. And one was… “Phil can diet all he wants, but if he can’t fix that gut he isn’t winning anything”.

But the “Black Prince” isn’t necessarily wrong with his assessment because he’s right and Phil Heath fell to Shawn Rhoden last year due to his midsection being very off and noticeable, hence why he’s the main target for all of the “bubble gut” bashing.

If he can take care of his midsection as the comment explained, he’ll have a high chance of winning the title for a record, eighth time as he truly does have the best genetics on stage. But, we’re still not sure he will be competing this year as he’s hasn’t said so but his legacy would be even bigger if he did. 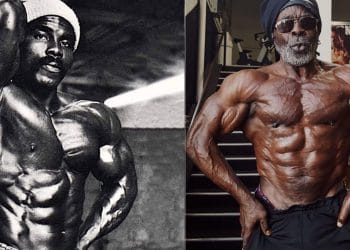