While it might not be a film, movie, or show, the superstar looks to be headed toward Mount Olympus. 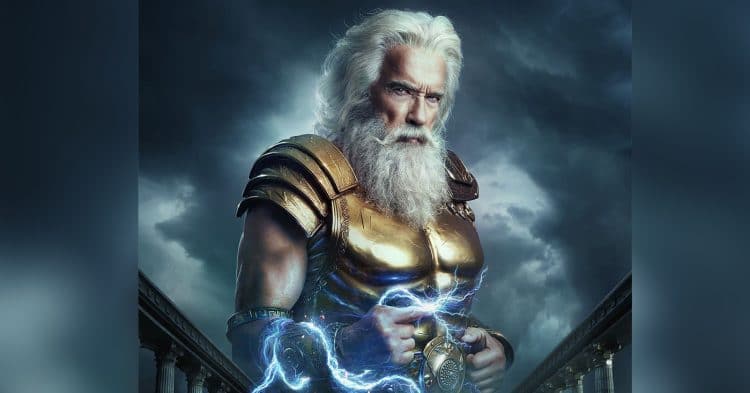 Arnold Schwarzenegger is always captivating audiences, whether it be a filming project or just a rigorous workout on social media. The storied legend shared a teaser of a Zeus assignment that is underway, as the expected arrival of the mysterious project is dated for Feb.

Former bodybuilder Arnold Schwarzenegger is a living legend. The 74-year-old has certainly lived an eventful life. Schwarzenegger, known for his defined biceps and gargantuan physique, first entered the spotlight in the sport of bodybuilding. Along his bodybuilding path, Schwarzenegger managed to win the sport’s most coveted title, Mr. Olympia, a total of seven times.

For most, this Zeus news is a sigh of relief. Arnold Schwarzenegger is beloved in the sport of bodybuilding. The community was shaken up after his recent multi-vehicle accident in Los Angeles last weekend. Thankfully, the famous actor was unharmed and the woman who crashed into him only received minor injuries.

With a Zeus project on the horizon, Schwarzenegger took to social media and gave his wide fanbase a sneak peek into what might be in store for Feb.

As of this writing, it’s unclear what exactly the project entails. Following the Instagram post, Schwarzenegger’s son, Joseph Baena, took to the comment section in jest, and wrote, “Oh god of the sky, please bless my pump today.”.

The actor/bodybuilder has also governed the state of California. While his time in politics appears to be at its end, the noble philanthropist has continually made sure to take care of local communities. Just a month ago, Schwarzenegger donated 25 small homes in Los Angeles County in an effort to combat homelessness in “The Golden State”.

At face value, things do seem cryptic. According to IMDB, the movie star’s lineup of upcoming works include Triplets with Danny Devito, which hardly screams out Greek god. In addition, Schwarzenegger’s social media share didn’t include a streaming platform or TV network related to the post.

The post itself doesn’t display Schwarzenegger marketing a product or place either. While at this point it’s just speculation, the Super Bowl is coming on Feb. 13, and many believe that would be an opportune time for Arnold Schwarzenegger to issue the big reveal. The promotion could be offering a strange Super Bowl ad, perhaps similar to the 2018 Crocodile Dundee Super Bowl ad which featured Danny McBride, Chris Hemsworth, and other Australian actors.

Once again, the renowned bodybuilder has captivated an audience. While we cannot say for certain what the project will cover, it definitely has piqued the interest of the masses. Excitement is building as Arnold Schwarzenegger’s mysterious Zeus project is arriving in Feb.