Arnold Schwarzenegger is unharmed in an accident that left one person injured. 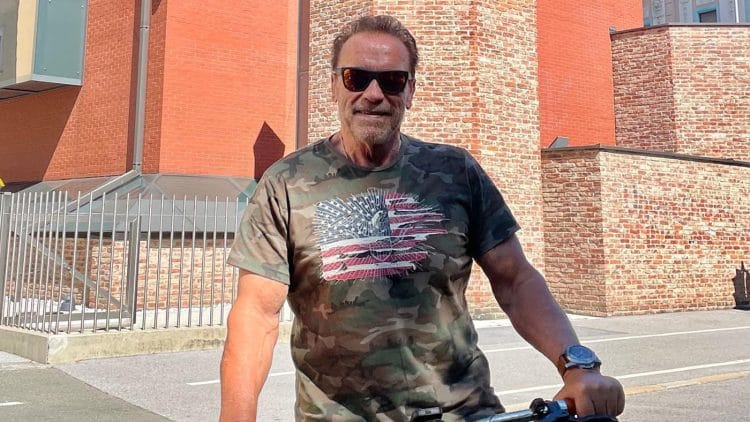 Former bodybuilder Arnold Schwarzenegger was engaged in a multi-vehicle accident in Los Angeles on Friday evening, but his spokeswoman told the People Magazine that he was unharmed.

“He is fine. His only concern right now is for the woman who was injured,” the representative said.

The injured person is an unidentified woman who was driving the red Prius. Reportedly, the woman has suffered an abrasion on her head and was taken directly to the hospital following the incident. The images of the accident went viral on social media and grabbed the attention of many people. Arnold was driving a Yukon SUV, which ended up on top of the red Prius. In addition, two more cars were involved in the accident.

The crash happened around 4:35 p.m. PT on West Sunset Boulevard and Allenford Avenue in Los Angeles. None of the parties involved in the accident have been influenced by alcohol or drugs, because of that police did not detain anyone. The Terminator actor, Schwarzenegger stayed on the scene, which confirms that he was not injured.

Related: Arnold Schwarzenegger Shares an Important Advice On Dealing With The Haters

Arnold Schwarzenegger is now 74-years- old and he has had a very eventful life. Arnold is most famous for his diverse career, having been a movie star, California Governor and a 7x Mr. Olympia. Most recently, Arnold completed his divorce from Maria Shriver, 10 years after they parted their ways.

Arnold had a beautiful physique, which gave him a boost in his acting career. After a while, Arnold transitioned into politics, becoming the Governor of California in 2003, which would end up lasting until 2011.

Related: Arnold Schwarzenegger Shares Heartfelt Tribute For The Late Dave Draper: “He Was One of My Idols”

Following his political career, Arnold started using his fame to address many problems, and help people. He recently donated 25 houses to California military veterans. He is also a major influence in the bodybuilding world and a serious advocate for promoting health and aesthetics.

Arnold considers the Classic Physique as the healthiest division in bodybuilding, and to help promote it, he upped the prize money for the division in The 2022 Arnold Classic, proving that he lives what he preaches.

The 2022 Arnold Classic will take place at the Battelle Grand Ballroom of the Greater Columbus Convention Center, Ohio, on the weekend of March 3-6, 2022.

It is very good to hear that Arnold Schwarzenegger is unscathed following his car crash. He is in his seventies, and with age, any accident could be major. We hope he will be healthy for many more years and continue helping athletes in many sports.