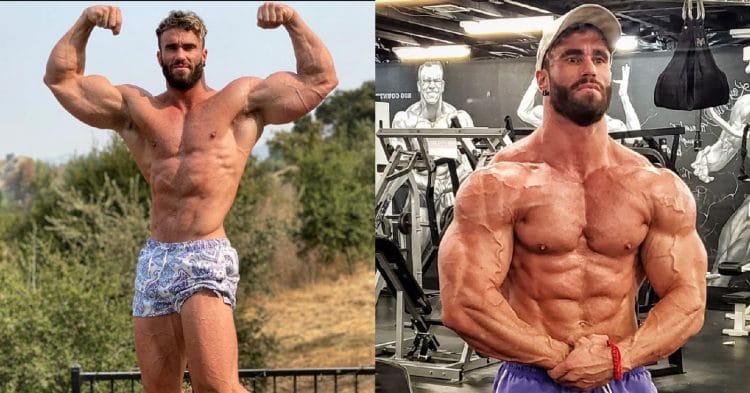 Australia’s favorite bodybuilder Calum Von Moger is back at it again. His most recent update shows how far his physique has come along, with him looking simply unstoppable.

It has been a complicated road for Von Moger, during the last few years of his bodybuilding career. He had been on cloud nine with his appearance as a young Arnold Schwarzenegger in 2018’s Bigger. However injuries and bad luck have caused him to struggle with fully capitalizing on this boost in publicity, which has actually led him to a career based more in social media in recent years.

That being said, just because Calum Von Moger has not competed in a while, does not mean that he has let himself go. This was perhaps no more evident than in the recent set of physique updates he provided to his Instagram. He is preparing for his debut in Classic Physique, and here he can be seen hitting some poses outside, showing off his arms and core, and looking like a absolute machine in the process.

“Might be time to whip out the budgie smugglers again”

There is a lot that stands out with his physique in this update. Not only is there the fact that he looks ridiculously shredded, even though he is leaning out, but he even seems better than the was the last time we saw him. On top of that, his vascularity is off the charts, with striations and veins being clearly seen throughout his whole body, and moreso on his legs.

This is not the only update that Calum has shared with his fans recently. He followed this up a few days later with another view of his insane front. Here, we got a close up look at his pecs and arms, and it is clear that he has not been taking it easy over the last several months.

The separation in his pecs makes Calum Von Moger look like he has been working hard to prepare for something, seemingly being hopefully about competing at the end of November or early December. He had been hopeful to compete at the Jay Cutler Classic before it got canceled, but it definetly does not seem like he has lost any steam in terms of his physicality or frame. Hopefully he does not run into any more problems with injuries or anything of that nature, and we will be able to see him on stage sooner rather than later.

How To Do The Cable Overhead Triceps Extension w/ Rope