VIDEO: Big Ramy Looks Like A Machine Doing Back Workout!

Big Ramy Is Killing It In The Gym, Looking Massive 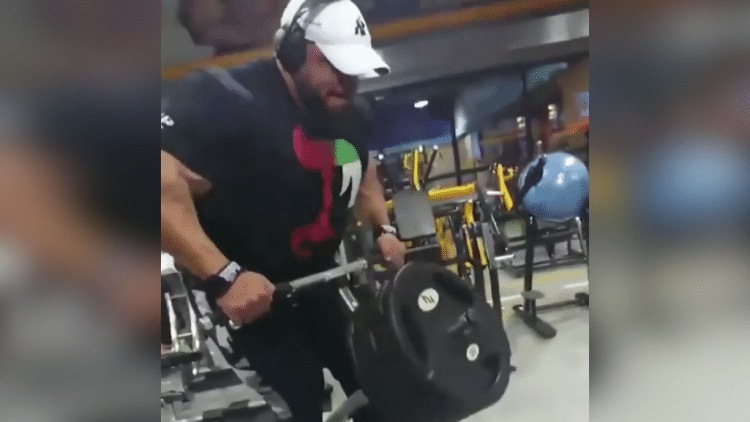 Big Ramy is looking to take his career up a notch in 2020. However, he is getting started on that process now, as shown with a recent video of his training.

Ramy did not quite have the 2019 that he would have hoped for. Things seemed to be off to a good start for the Olympia hopeful, as he started working with esteemed coach Neil Hill. However, that all began to fall apart, as a shoulder injury forced him on the sidelines for the whole year. As a result, he missed out on some big opportunities, including a chance at the vacant Mr. Olympia title.

Now that his shoulder is healed, Big Ramy is looking to get back to competing. He promised big things that were to come in 2020. On top of that, he even confirmed recently with Larry Wheels, that he plans to slim down a bit for the next Olympia. He is hoping that will help him find a better balance between being bulked up, and being shredded.

It would appear that Ramy is already working on that process, as evident by a recent Instagram post. In the video, you can see him hitting a hard back workout. Although this, in itself, does not show him looking to slim down, this does display the fact that he is back in the gym, and working hard.

Ramy looks quite impressive in this footage, showing how hard this workout is. He is considered to be a top contender for the title of Mr. Olympia, even coming in second place in 2017. As a result, it was extremely disappointing that he could not compete in the 2019 season. Nevertheless, it will be interesting to see how he looks after this time off, when he hits the stage again.

Big Ramy revealed that he will be competing at the 2020 Arnold Classic, in March. Therefore fans are really looking forward to seeing the return of this massive man.