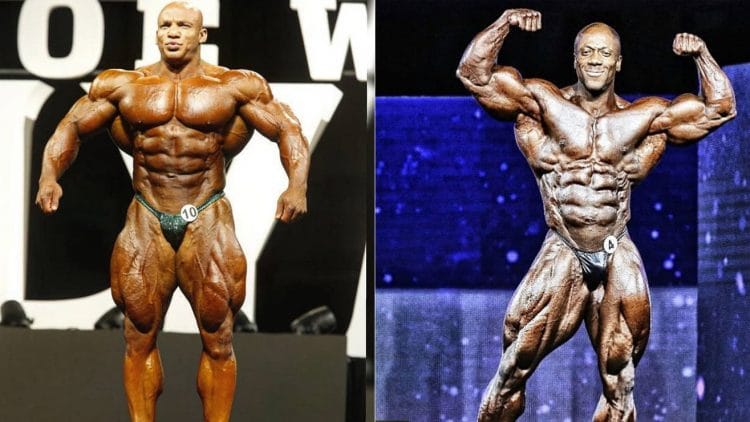 Fans have been waiting patiently for the return of both Shawn Rhoden and Big Ramy. That wait is over, as both of their returns have been announced.

Following his win at the 2018 Mr. Olympia, Shawn Rhoden experienced a boom in popularity. However he has been unable to properly capitalize on this newfound fame. He has been involved in a legal battle, involving allegations of sexual assault. Therefore, his eligibility to compete at the 2019 Olympia was revoked. While there was a brief moment that it seemed Rhoden would compete immediately after the Olympia, ultimately he did not.

On the other hand, Big Ramy has just chosen not to compete. Similar to Rhoden, his last competition was the 2018 Mr. Olmypia, where he earned sixth place. However, he is also a winner of the Arnold Classic, and a very popular bodybuilder. As a result, there has been a ton of fans waiting for his return to action.

That wait is over!

Announced by Shawn Rhoden on Instagram, it appears both he and Big Ramy are ready to return again. In the post, you can see that both men are officially competing at the 2020 Arnold Classic. This even takes place in Columbus, Ohio, on the first week of March.

“Not all men or created equal, but out of many we are all one. Ready or not here we come”

This is sure to be a massive affair, as the Arnold Classic is already one of the biggest shows in the world. Add that, to the fact that it will feature the return of both Ramy and Rhoden, and you have a gigantic stage. Columbus is going to be booming when March comes around.

The rest of the competition for the Arnold Classic is not official currently. Therefore, it is unsure who will be competing alongside Shawn Rhoden and Big Ramy. Nevertheless, it is going to be exciting to see how both men look after this time off.

Best Squat Secrets Every Athlete Should Use to Improve Lifts