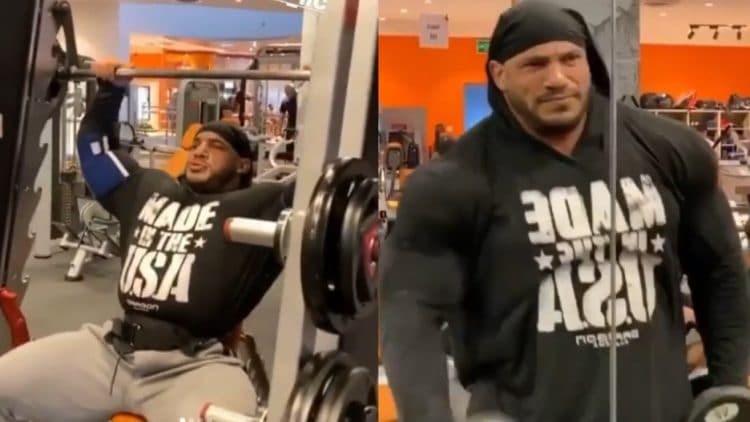 The 2020 Arnold Classic is just a few weeks away, and athletes are preparing hard. This was most evident in some recent footage of Big Ramy, looking seriously drained.

Ramy is looking to make his return to competition when he steps on stage at the Arnold Classic. He has not competed since the 2018 Mr. Olympia, where he earned sixth place. However, he is back and looking to make an impression with his comeback in Columbus, Ohio. Although he is certainly facing some stiff competition, with all the other talented athletes who will take the stage alongside him.

Regardless of how tough the task at hand may be, Big Ramy is doing his best to be prepared. He has already given glimpses of his training, prompting people to feel that he could be walking away from the Arnold as the winner. However, as the competition is drawing near, he is really starting to turn things up.

Three weeks out from the 2020 Arnold Classic, Big Ramy is looking jacked. On the other hand, some recent training footage shows him looking a bit different than normal. In fact, he is struck with what is called “death face.” This refers to the extremely sunken in cheeks on his face, a result of cutting weight. In the footage, Elissbay looks to be a different person, with how severe his face is sunken in.

The clips show Ramy hitting various weights, putting the final touches on his prep for competition. The thing which has drawn the most attention is how clearly dehydrated he is. He is losing water weight to reach a certain mark on the scale, without having to sacrifice muscle mass. Regardless, it is a clear sign of how dedicated he is to the process, and determined to get the win.

With appearances like this, it will be interesting to see how Big Ramy looks when he takes the stage. The 2020 Arnold Classic goes down during the Arnold Sports Festival, from March 5-8.